Birmingham-based surgical e-training company, OrthOracle has had a major boost thanks to The Royal College of Surgeons of Edinburgh (RCSEd) 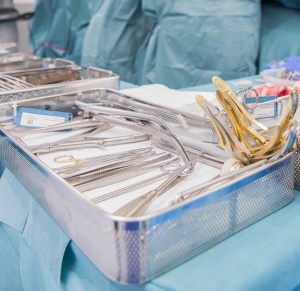 Following independent assessment and validation by RCSEd – the largest and oldest of the UK surgical Royal Colleges –OrthOracle will now be collaborating with the world-wide network of surgeons on new medical education initiatives.

OrthOracle is an interactive web-based educations resource, written by practising clinicians and bringing together the best in clinical practice and orthopaedic technologies. The platform covers the entire treatment pathway and facilitates collaboration between clinical, academic and industry sectors leading to improved patient outcomes.

“This is really good news for us,” explained OrthOracle’s Mark Herron, “As well as being quality assured by the RCSEd, they are actively promoting our resources to their  15,000 UK members and we can announce that we’re collaborating on new ventures in medical education. It’s very exciting!”

One of OrthOracles’ major achievements last year was being accredited by the Royal College of Surgeons of England, for whom they are now a recognised Digital Education centre.

The academic content is currently being produced in the West Midlands region, with the Royal Orthopaedic Hospital NHS Foundation Trust, Birmingham Women’s and Children’s NHS Foundation Trust, University Hospitals Birmingham NHS Foundation Trust and Worcestershire AcuteNHS Trust participating. Several private hospitals within the region are also part of the project, as are the Royal National Orthopaedic Hospital in Stanmore , The Northern General  Hospital in Sheffield , The North Bristol NHS trust , The Royal Gwent NHS trust and the Nuffield Orthopaedic Centre in Oxford. The content is written by consultants, whose operations are then professionally photographed.

Based at the Birmingham Innovation Campus in the city centre, OrthOracle has been supported by the West Midlands Academic Health Science Network (WMAHSN).