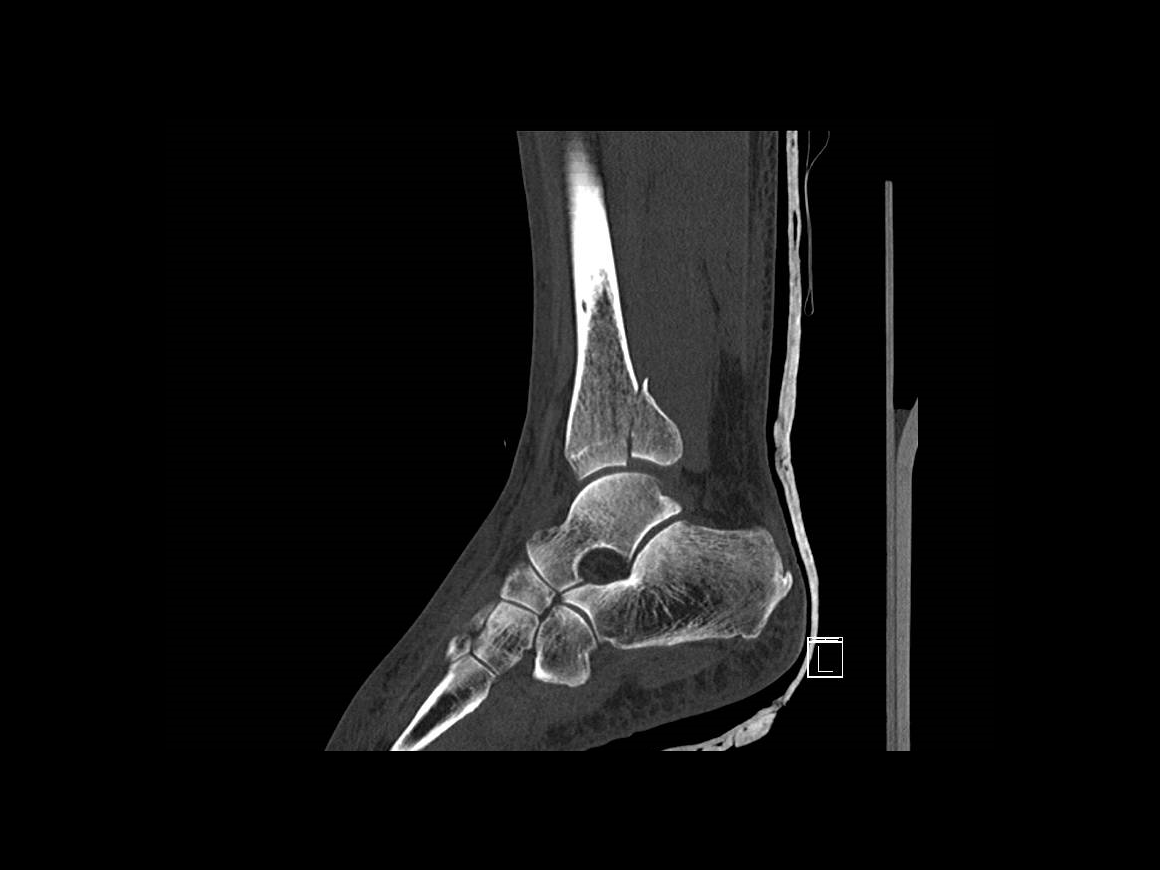 There are a number of classifications describing the posterior malleolus however most are a development of that described by Haraguchi, dividing them into three types based on the appearance on axial CT.  The Haraguchi type 1 injury is a large posterolateral fragment involving the posterior syndesmotic ligament,   a Haraguchi type 2 posterior malleolar fracture extends medially and often has two distinct fragments: posterior and posteromedial with the posteromedial fragment extending to involve the posterior colliculus of the medial malleolus and thus the attachment of the deep deltoid can be rendered unstable by this fragment.  A type 3 injury is a sleeve avulsion of the posterior syndesmotic ligament, this pattern is usually not amenable to fixation and syndesmotic stability is achieved indirectly with syndesmotic screws or equivalent.

The most common posterior approach is the posterolateral with an interval between the peronei and flexor hallucis longus, this affords good visualisation of the posterolateral fragment (Haraguchi 1) and also enables fixation of the fibula fracture via the same incision in most cases.  This approach however does not allow fixation of posterior malleolar fractures with medial extension and thus in my hands Haraguchi type 2 fractures are often better fixed via a posteromedial approach.  This can be performed in a variety of ways, often via the bed of tibialis posterior.  In this technique I describe an approach which allows fixation the posteromedial and posterolateral fragments via the same incision utilising windows either side of the posterior neurovascular bundle.