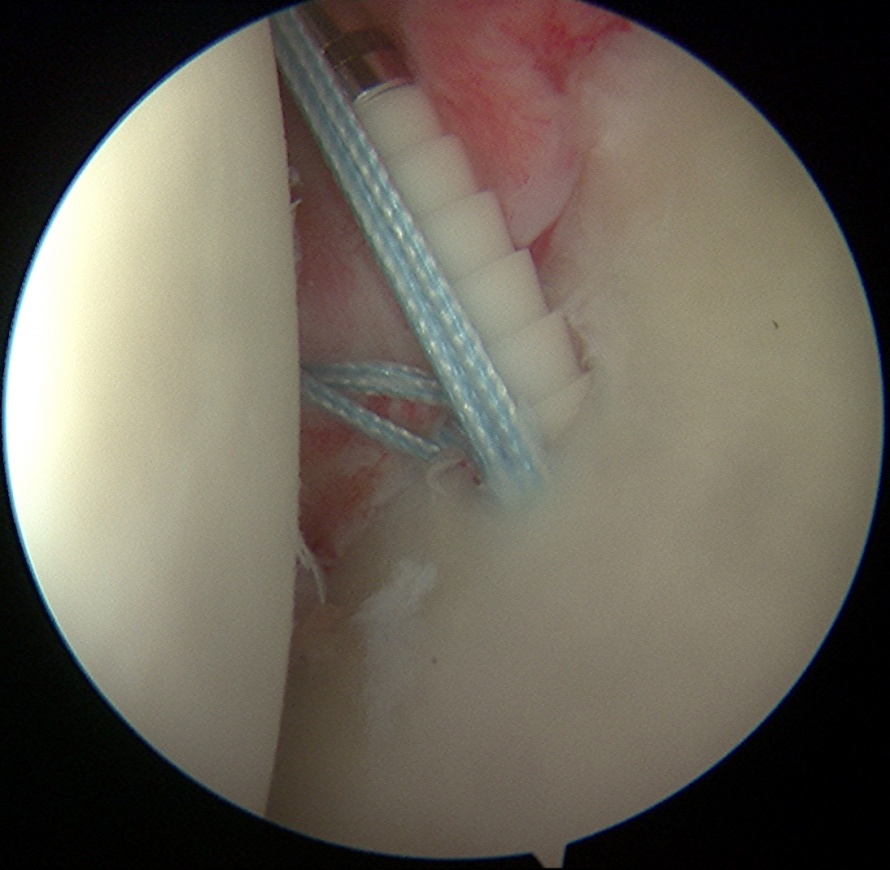 Typically, first time dislocations are treated conservatively with immobilisation in a sling in internal rotation however there is a trend towards offering early arthroscopic soft tissue repair and hence stabilisation.  Recurrent instability is common in younger patients with high risk activities.  Typically, such injuries are offered surgical stabilisation such as is described.  Risk of recurrent instability ranges between 26-95% after non-operative treatment.  The wide range reflects population differences between series of different lengths of follow-up.  Most of those with the highest recurrence rates have included highly selected groups such as military cadets and contact athletes.  A clinical assessment should include careful history taking, clinical examination and appropriate investigation initially with plain radiographs in three views (AP, lateral and axillary).  Subsequent investigations should involve an MRI with intra-articular contrast to provide an arthrogram.  This will allow contrast to delineate the damaged soft tissue structures within the glenohumeral joint.