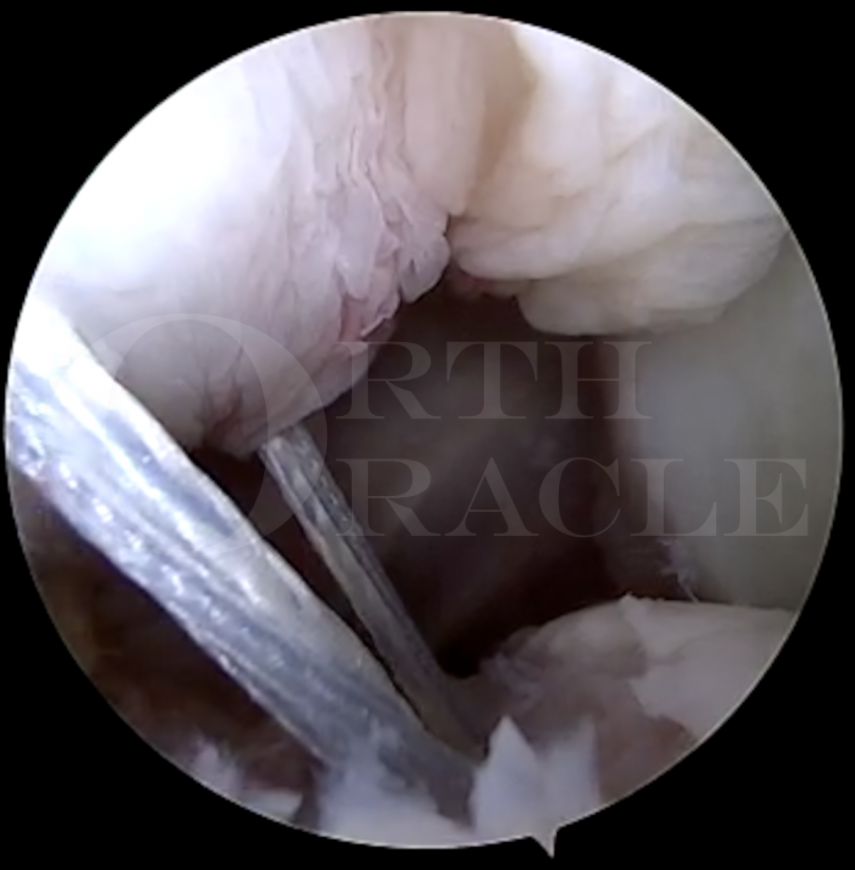 Typically, first time dislocations are treated conservatively with immobilisation in a sling in internal rotation however there is a trend towards offering early arthroscopic soft tissue repair and stabilisation.  This is in particular in younger patients with high risk activities in whom recurrent instability is common after non-operative treatment with reported incidences of  between 26-95%.  The wide range reflects population differences between series of different lengths of follow-up.  Most of those with the highest recurrence rates have included highly selected groups such as military cadets and contact athletes.

A clinical assessment should include careful history taking, clinical examination and appropriate investigation initially with plain radiographs in three views (AP, lateral and axillary).  Subsequent investigations should involve an MRI with intra-articular contrast to provide an arthrogram.  This will allow contrast to delineate the damaged soft tissue structures within the glenohumeral joint.

The remplissage procedure is used to reduce risk of recurrent dislocation and failure of the anterior soft tissue stabilisation due to further engagement of the Hill Sachs lesion over the anterior glenoid. The term remplissage comes from the French verb remplir which means ‘to fill’. This operation fills the Hill Sachs defect or indentation compression fracture site with soft tissue.

Readers will also find of interest the following OrthOracle techniques of interest:

My thanks to Mr Socrates Kalogrianitis FRCS (Tr & Orth) who performed the surgery shown.