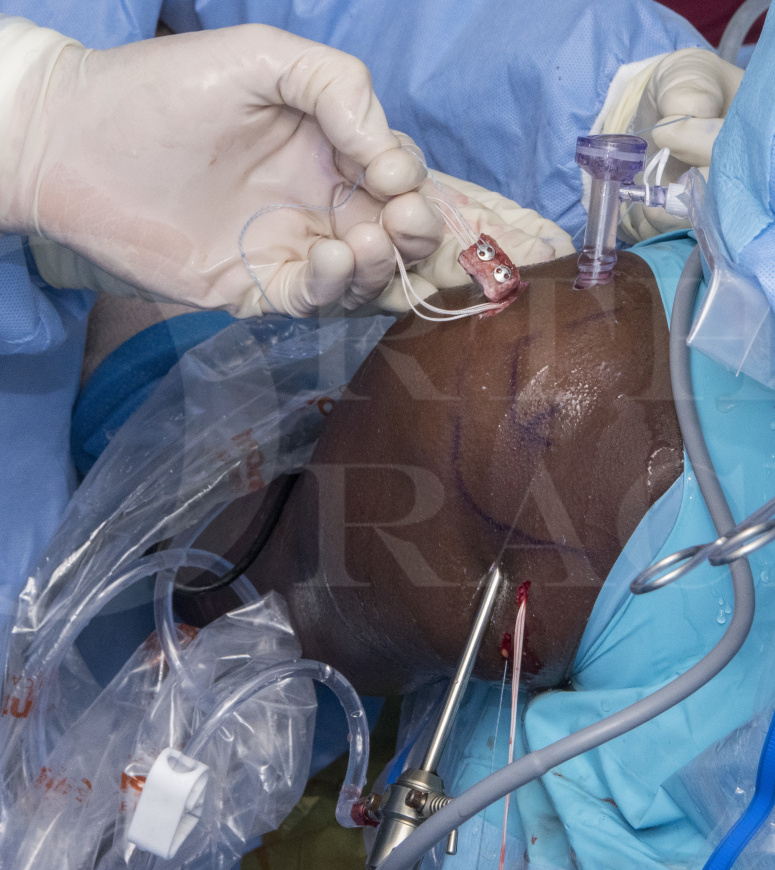 Soft tissue stabilisation of antero-inferior gleno-humeral joint instability is, in general, a reliable and reproducible procedure.  Anterior instability is however associated with a degree of bone loss in approximately 90% of cases. In the face of significant bone loss (defined broadly as anything around or more than 20% of the bone stock) the rate of recurrence following soft tissue stabilisation may increase dramatically to as much as 70% if using a standard arthroscopic Bankart type repair.

Open bone transfer procedures such as the Latarjet or Eden Hybinette have been shown to improve outcome and reduce redislocation rates in the presence of significant bone loss.  Since La Fosse et al first described their arthroscopic Latarjet technique in 2007, there has been increasing interest over many years in arthroscopic bone procedures.

Whilst the Latarjet procedure may provide some dynamic stability from the conjoint tendon sling, there is reasonable concern regarding the associated complication rate (up to 30%) and the potential long-term compromise of the Subscapularis.

The use of an iliac crest bone block passed through the rotator interval may avoid such concerns and a number of arthroscopic iliac bone block procedures have been described and reported.  The fixation for most of these techniques utilises a suture-pulley and button system.

The following guide illustrates a technique using the Smith and Nephew Endobutton implant but is largely consistent with most of the suture-pulley and button systems available.

The arthroscopic bone block stabilisation is my preferred surgical technique for addressing significant bone loss in those not undertaking high risk activities or contact sports, allowing the bone defect to be addressed with a lower risk profile and the avoidance of compromise to the subscapularis.

The following technique is in line with that described by Professor Ettore Taverna.