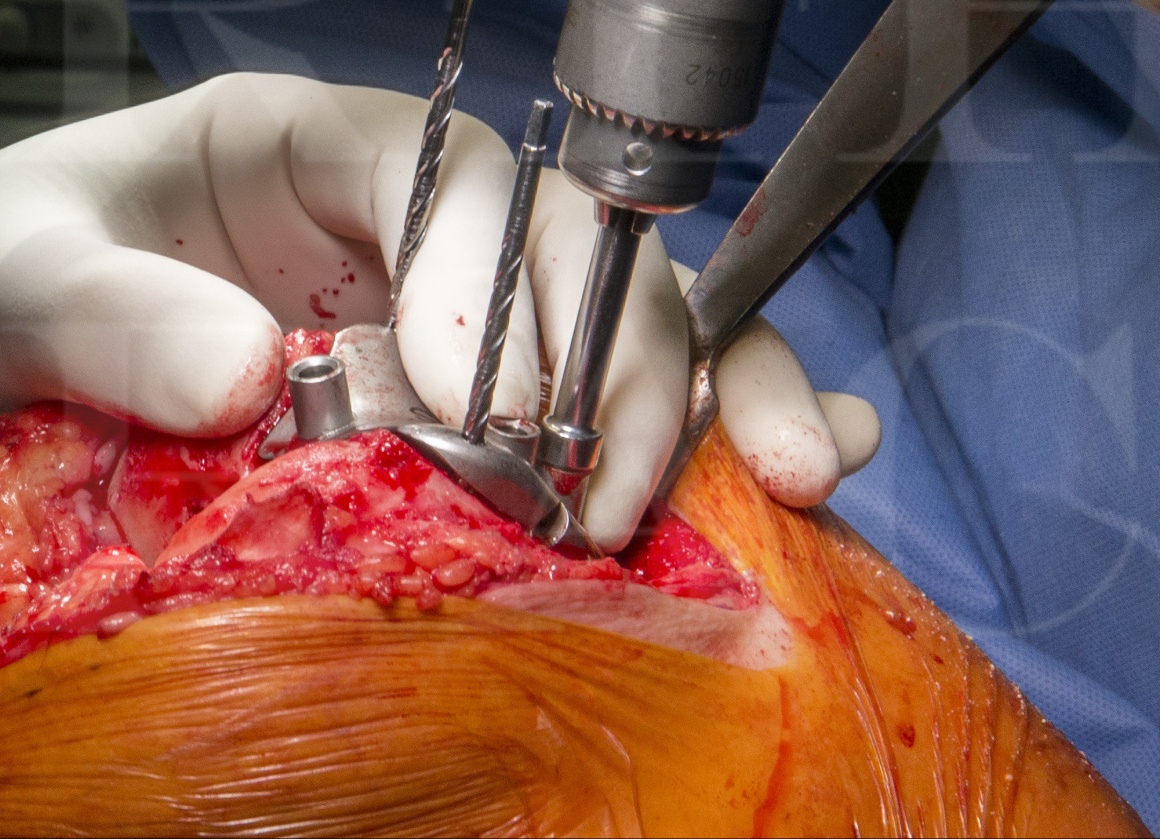 Partial knee replacement is an alternative to total knee arthroplasty when there is a localized pattern of arthritis effecting a single compartment of the knee. There are three well-documented patterns of knee arthritis:

The most notable of papers that readers should be familiar with are:

The Odgaard paper is  the most relevant for this operation technique section, but whilst there are significant benefits for patients with isolated patellofemoral joint OA to undergo patellofemoral arthroplasty it is important to discuss disease progression and possible future revision in order to reach a balanced and mutual decision on which operation is best for each individual patient.

The Avon patellofemoral joint arthroplasty is a non-sided onlay design which resects the degenerative anterior trochlea and diseased chondral surface of the patella. There is no size constraint to match patella size to trochlea component, in order to achieve correct sizing of each component independently.