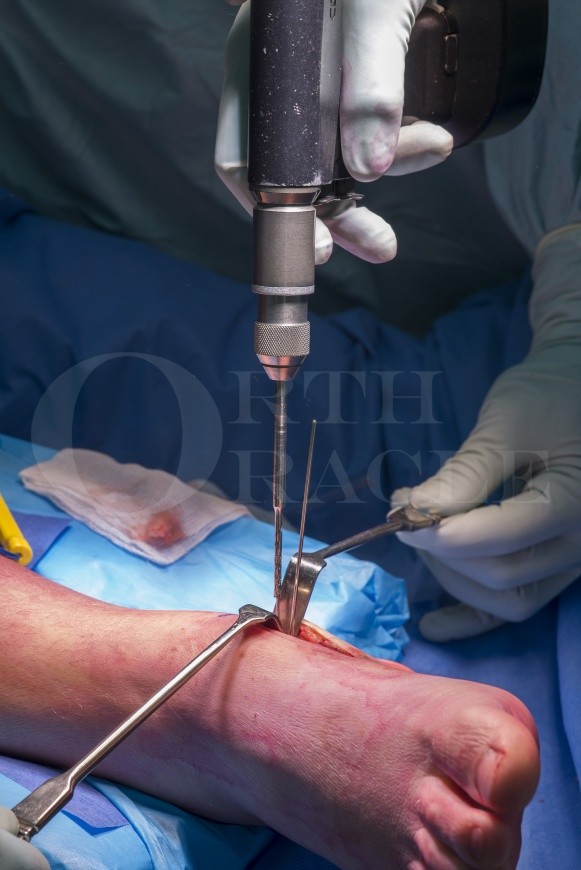 When describing intra-articular calcaneal fractures where the primary fracture lines involve the posterior facet, the sustentaculum tali is often quoted as the “constant” fragment. This is because, although the sustentaculum tali often detaches from the body of the calcaneus, it seldom displaces due to its strong ligamentous attachment to the medial malleolus (via the deltoid ligament), the navicular (via the spring ligament) and the talus (medial talocalcaneal ligament). In reconstructing these injuries, fixation focuses on re-attaching the body of the calcaneus onto this stable, constant fragment of the sustentaculum tali.

Considering the range of calcaneal fractures, displaced, isolated fractures of the sustentaculum tali are very rare. Although not obviously intra-articular fractures, they can be regarded as such because the middle facet of the subtalar joint is always effected in the injury and also, in some individuals, there is a confluence between the middle and anterior facets of the subtalar joint.

The other significant anatomic structure that can be effected by a fractured sustentaculum tali is the tendon of flexor hallucis longus. Acutely, the tendon can become interposed between the fracture fragments. This can prevent fracture union and can lead to a chronically painful tenosynovitis. It is also thought that the FHL tendon is at risk of rupture if it frets against the callus from the healing fracture line, particularly if the fracture is managed non-operatively. Other complications following fractures of the sustentaculum tali include non-union and chronic tarsal tunnel syndrome.

In this case, a middle aged male, wearing fully protective clothing and footwear, was involved in a road traffic accident, sliding his motorcycle at speed. At the moment of collision, the forces were probably transmitted through the “peg” of the motorbike pedal and into his right midfoot. There were no other injuries sustained. The surgery for fixation is recorded 12 days post-injury.