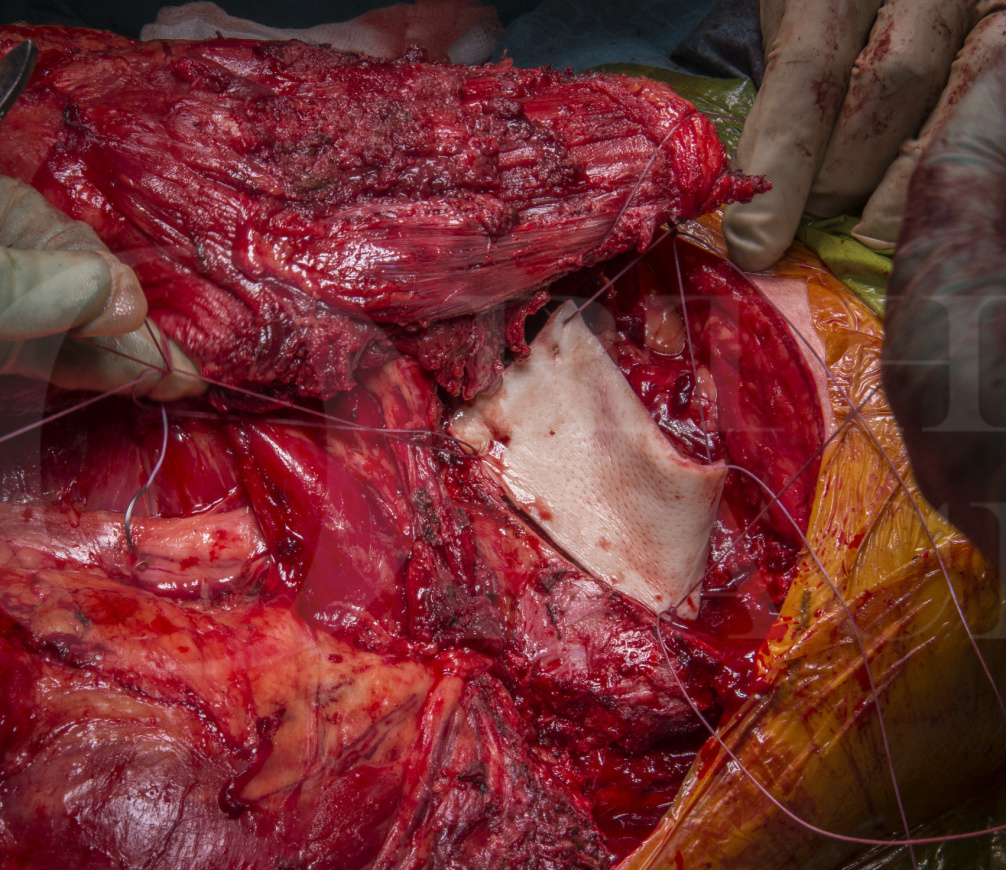 Chondrosarcoma (CS) is the second most common primary malignant bone sarcoma, and the most common in adults. These tumours range from low to high-grade malignant cartilage tumours which may metastasise to the lungs. They are relatively insensitive to chemo- or radiotherapy, due to hypovascularity, meaning that surgery is the principal treatment. Five year survival ranges from 99% for low grade to 24% for dedifferentiated chondrosarcomas.

The pelvis is the fourth most common site of primary malignant bone tumours in all age groups after the distal femur, proximal femur and proximal humerus. Chondrosarcomas can also arise in other pre-existing conditions, particularly multiple osteochondromas and multiple enchondromatosis (e.g. in Ollier disease and Maffucci syndrome). Enneking and Dunham classified pelvic resections into: type I (ilium), type II (periacetabular), and type III resection (obturator). Resections involving the sacrum are referred as type IV. Achieving adequate surgical margins to ensure the tumour is excised-bloc is the guiding oncological principle to avoid local recurrence; local recurrence is often accompanied by metastasis and can only be controlled by en-bloc excision with wide surgical margins. Resection of a tumour from the pelvis often requires reconstruction of the large bone and soft-tissue defect; partial resection of the ileum preserves the pelvic ring which is thought to maximise function but risks inadequate surgical margins and herniation of the peritoneum through the resultant defect. Reconstruction of the pelvic bone and soft-tissue defect using the Graftjacket (Wright Medical), a human dermal allograft matrix commonly used in foot & ankle and shoulder surgery to repair soft-tissue defects, is a novel use for this device (http://www.wright.com/healthcare-professionals/graftjacket).

Here I describe the use of computer navigation to excise a pelvic chondrosarcoma and reconstruct the defect using a Graftjacket.