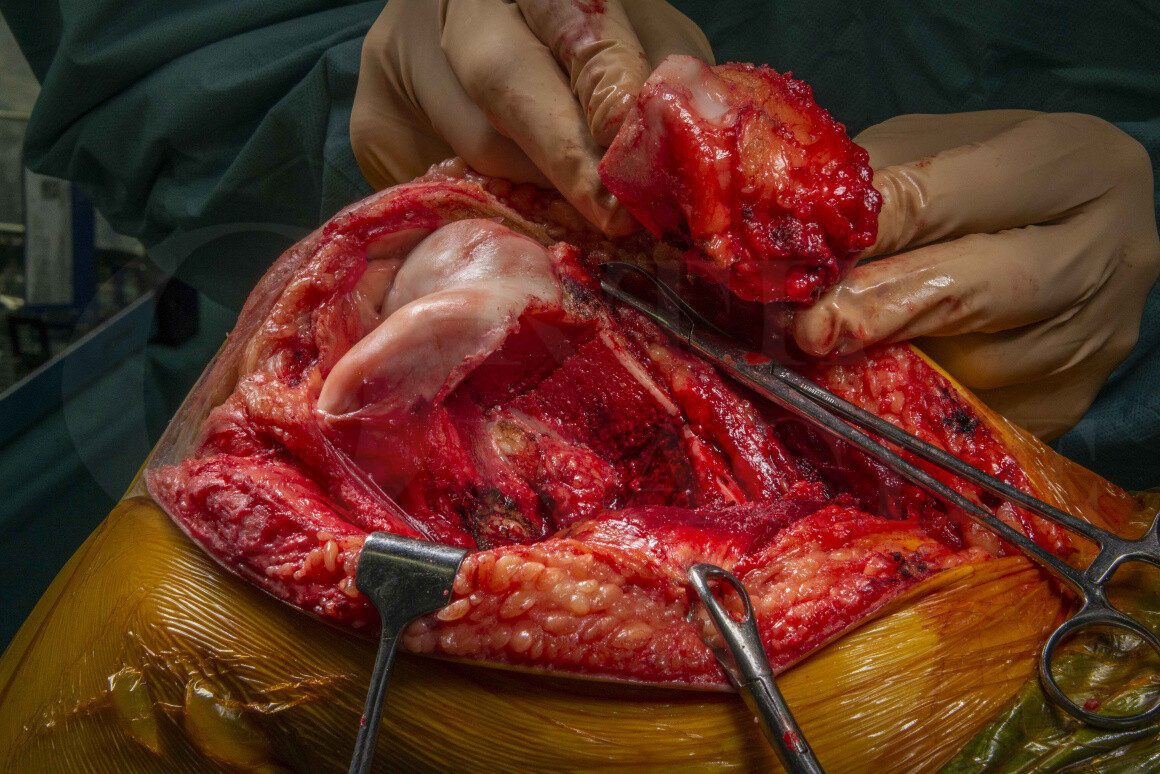 Limb-salvage surgery is a realistic expectation in approximately 80% of cases, even in the presence of a pathological fracture. In 20% of patients amputation as primary surgical treatment for their sarcoma is still required. The most common limb-salvage procedure is endoprosthetic reconstruction following en-bloc excision, which generally results in a reasonable functional outcome, allowing patients to bear weight and resume near normal function swiftly. Less common surgical reconstructions (in the UK at least) include massive allografts to replace the missing bone, which may be augmented with vascularised fibula autografts in more extensive cases.

Using patient specific instrumentation (PSI) to resect and reconstruct has increased in popularity in the orthopaedic oncology world, although there are limitations to its use. However PSI does have a role for achieving complex osteotomies when performing so-called ‘shark-bite’ or hemi-cortical excisions of malignant bone tumours, where less than 50% of the meta-diaphysis is resected, especially as the allograft can be cut to perfectly match the resection.

These PSI jigs are manufactured often using 3D printers after importing the patient’s CT and MRI scans to design custom single-use jigs to perform the osteotomies, in this case from Ossis orthopaedics, but most implant companies who manufacture custom prostheses for use in orthopaedic oncology surgery will offer PSI with their implants. Limitations of these PSI jigs are surgical access as they can often be quite bulky to put into the wound; additionally the foot-print of the jig must sit with stability on the surface of the bone meaning all soft-tissues have to be cleared, which may compromise resection margins in oncology cases.

Here I describe the use of a PSI jig to perform a ‘shark-bite’ excision of a distal femoral primary bone sarcoma and massive osteo-articular allograft reconstruction, in order to preserve the native knee joint in a young adult patient.