Osteochondroma of the distal femur: Excision 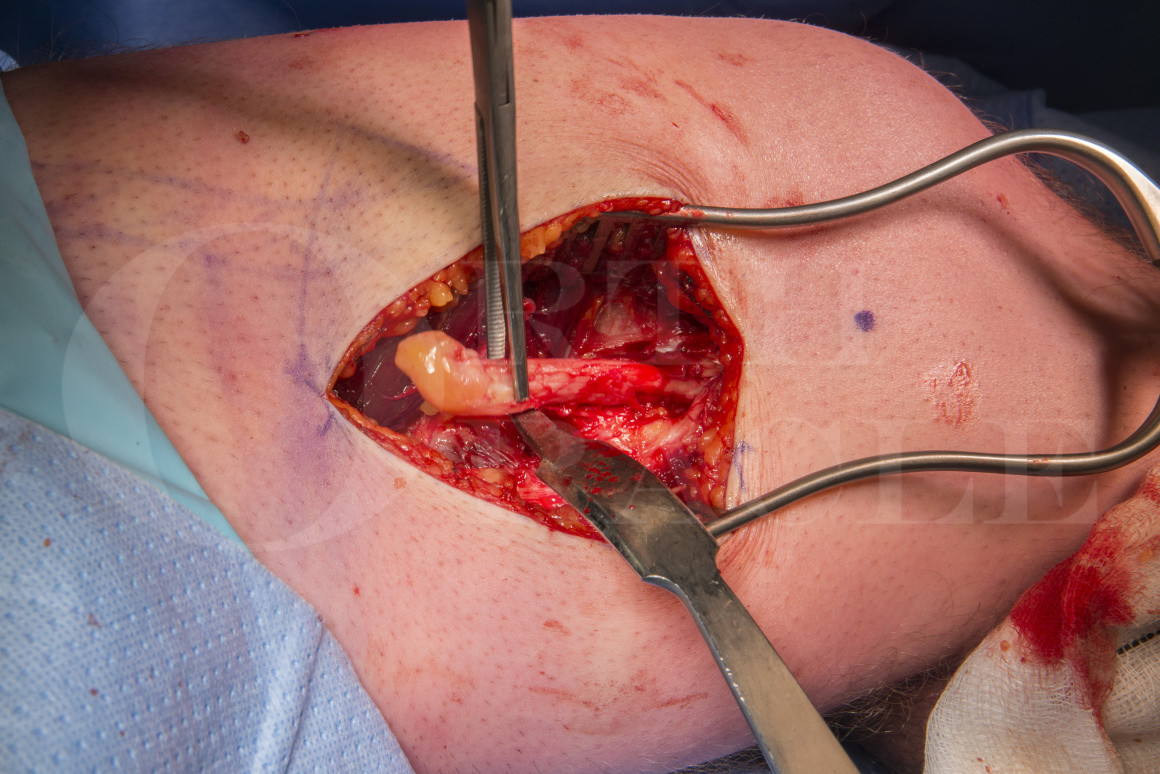 Osteochondromas represent approximately 1/3 of all benign bone tumours. They are an exostosis of bone that is covered by cartilage on its external surface. They typically present in the second or third decades of life and most frequently effect the appendicular skeleton, with the lower limbs more commonly effected. They may be solitary or multiple hereditary osteochondromatosis. The risk of sarcomatous change is rare, seen in approximately 1% of solitary osteochondromas, with rates of 1-25% seen in multiple hereditary osteochrondromatosis.

Surgery for benign osteochondromas should be avoided and only performed if they cause pain, decreased range of motion, pressure on neurovascular structures, tendon irritation or significant bursal formation.

In this case a young male patient  had pain and limitation of deep flexion, which was interfering with his active job. Previously he had suffered a fracture of the stalk of the osteochondroma. A period of conservative management had been tried prior to offering excision. An MRI pre-operatively confirmed there was no suggestion of malignant transformation.