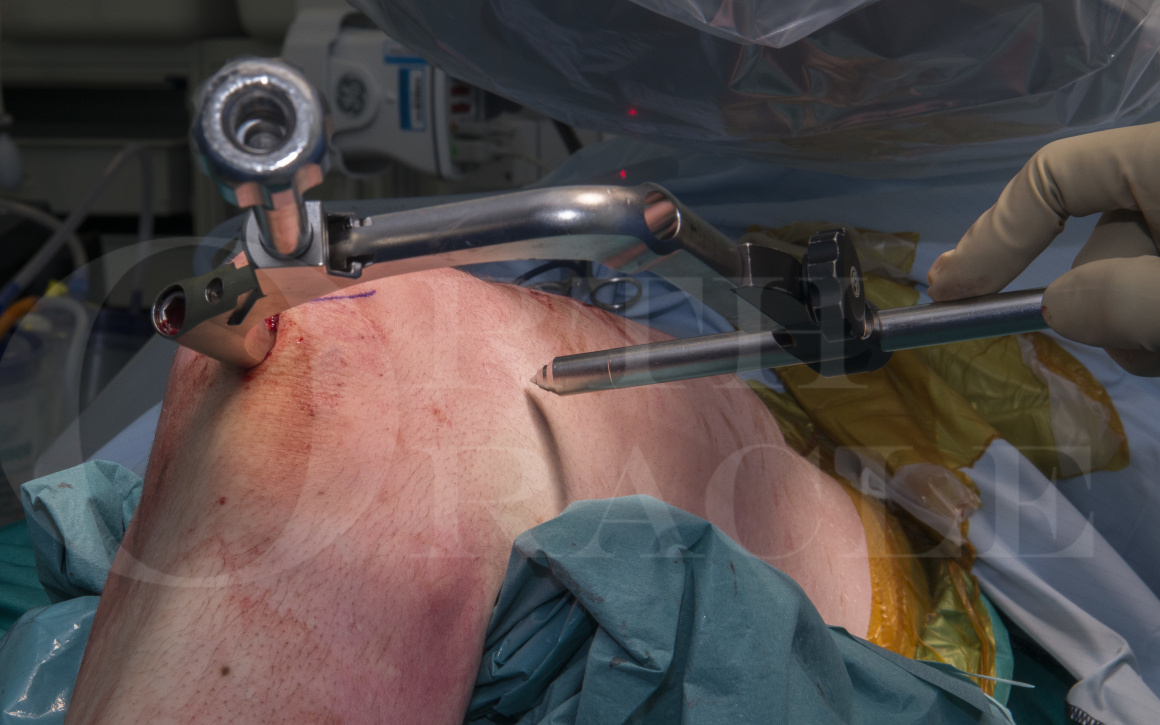 The retrograde/antegrade femoral nail (RAFN) is a versatile system whose benefits include:

It should be noted that a distal femoral nail is inserted with a retrograde technique and in some literature the words are often used to mean the same thing. However, this shouldn’t be confused with an antegrade nail (e.g. Lateral Femoral Nail – LFN) that is used to treat a distal third femoral fracture.

In a retrospective series by Kim et al., sixty patients undergoing femoral nailing for infra-isthmal fractures were reviewed. Thirty-eight patients were treated with an antegrade nail and twenty-two patients with a retrograde nail. They report no statistical difference in time to union, no difference in malalignment > 10 degrees and no difference in Knee Society scores. They did however find that the IM nail with the shorter working length distal to the fracture showed a strong relationship with nonunion.

In a systematic review and meta-analysis by Koso et al., they report that femoral shaft fractures developed nonunion in 6.6% of unreamed nails and 2.1% of reamed nails (p = 0.002). Therefore if the patient’s physiology will permit reaming of the femoral canal, this lowers the risk of developing a nonunion.

Readers will may also find of use the following OrthOracle techniques: