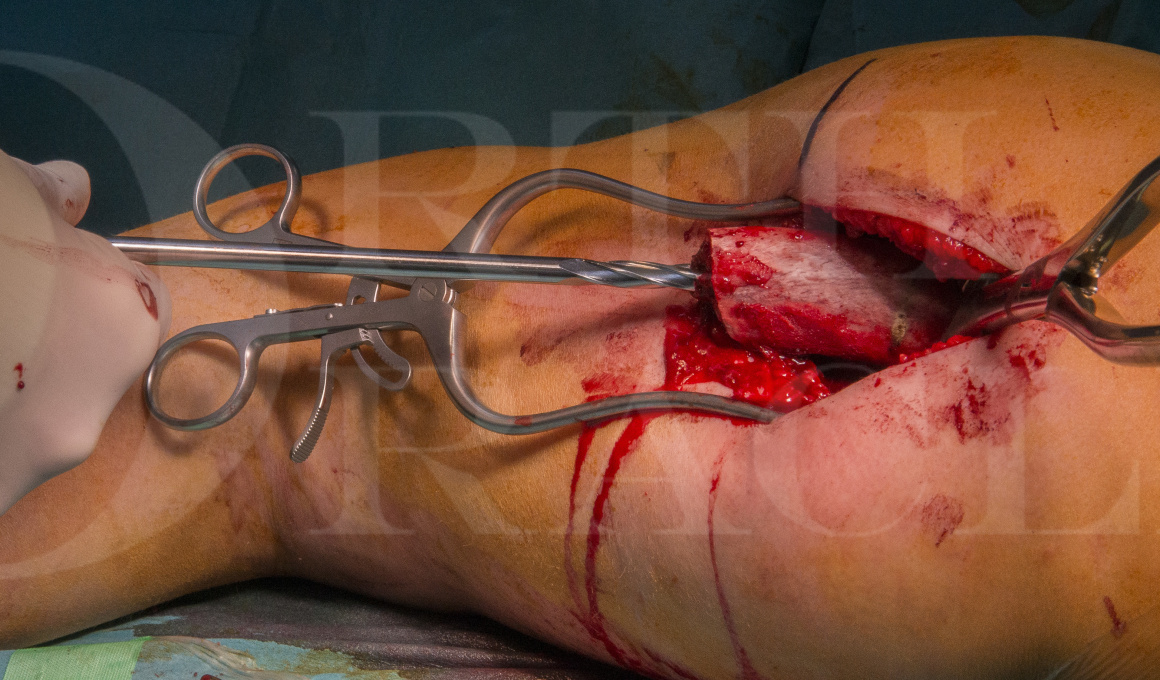 Osteogenasis Imperfecta (OI) is an inherited connective tissue disorder characterised by bone fragility and deformity. The majority of cases are due to defects in the genes responsible for type 1 collagen synthesis and assembly and its incidence is 1 in 15000 to 20000 live births. Extra osseous manifestations include joint hyper laxity, dental problems and blue sclera to the eyes.

Although Sillence originally classified OI into 4 different types, in reality the disease is a spectrum from mild to severe. The most severe cases (type II) are generally an autosomal dominant inheritance and result in death in the perinatal period. Milder cases have normal life expectancy.

Intramedullary stabilisation allows correction of deformity and strengthens the bone making refractor less likely. The femur is the most appropriate bone for stabilisation although tibial rodding has also become very popular. A few centres advocate rodding of humerus and forearm although telescopic rods are not used in the forearm due to narrow dimension of the bone.

Growing telescopic rods were introduced in the 1970’s. The first generation were Bailey Dubov. These were followed by the Sheffield nails and then in late 1990’s by the Fassier Duval (FD) nail. The advantage of the 3rd generation systems such as the FD nail is that the implants can be inserted entirely from the tip of the greater trochanter since the distal tip on the male rod is threaded. Second generation systems such as the Sheffield nail had a ‘T’ piece at the end of the male and female components. Insertion required an arthrotomy of the knee. A window was then created in the distal femur to insert the male end of the rod. The female component was inserted from the top of the bone and a further approach made to the middle of the bone to railroad the female rod over the male. The procedure was even more complex in the tibia where the ankle had to be disarticulated to pass the male component retrograde through the distal tibia.

Although the classic indication for telescopic rods such as the FD nail is Osteogenesis Imperfecta, the same implants have also been used for other fragility disorders such as Congenital pseudarthrosis of tibia, Fibrous dysplasia, and cerebral palsy.