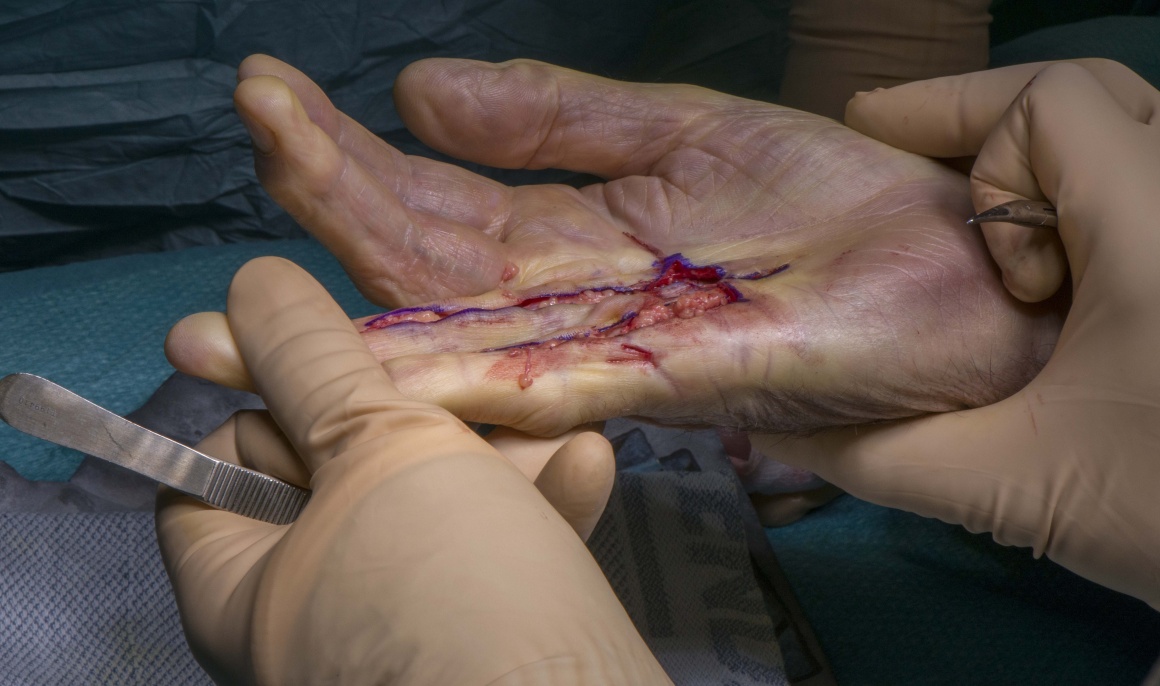 Dupuytren’s disease is a fibroproliferative disorder affecting the hands. It has a variable clinical course and in most cases it causes contractures of the fingers requiring treatment. The highest incidence of this disease is in the Scandinavian countries, giving it the nickname ‘Viking disease’. It is common in Northern Europe and the incidence decreases towards the Eastern hemisphere. It is very rare in the African and Asian subcontinents. Japan interestingly has a high incidence of Dupuytren’s disease though it appears to be a milder form of disease.

There seem to be genetic and environmental factors involved in the aetiology of this disease. Alcoholic liver disease, anti-epileptic medication, smoking and Diabetes all seem to be risk factors for Dupuytren’s disease. It is commoner in men and the incidence is higher in the fourth and fifth decades of life.

The exact pathogenesis of Dupuytren’s disease is still not clear. There have been several theories about the origin of the disease. One of the theories is that it is a fibrosis of the intrinsic palmar fascia(McFarlane). The other theories are that it is an extrinsic disease which spreads along the palm and fingers(Hueston), or it is a combination of both(Gosset). The most widely accepted theory is that of Murrell which states that there is microangiopathy which releases free radicals which in turn start the fibrotic process.

In 1971, Gabbiani, an Italian scientist discovered a specialised cell called Myofibroblast in Dupuytren’s tissue. This cell is the key to the fibrotic process and has later been discovered in scar tissue.

The decision to treat is made and the treatment method is chosen based on patient’s preference, functional disabilities and pattern of disease.