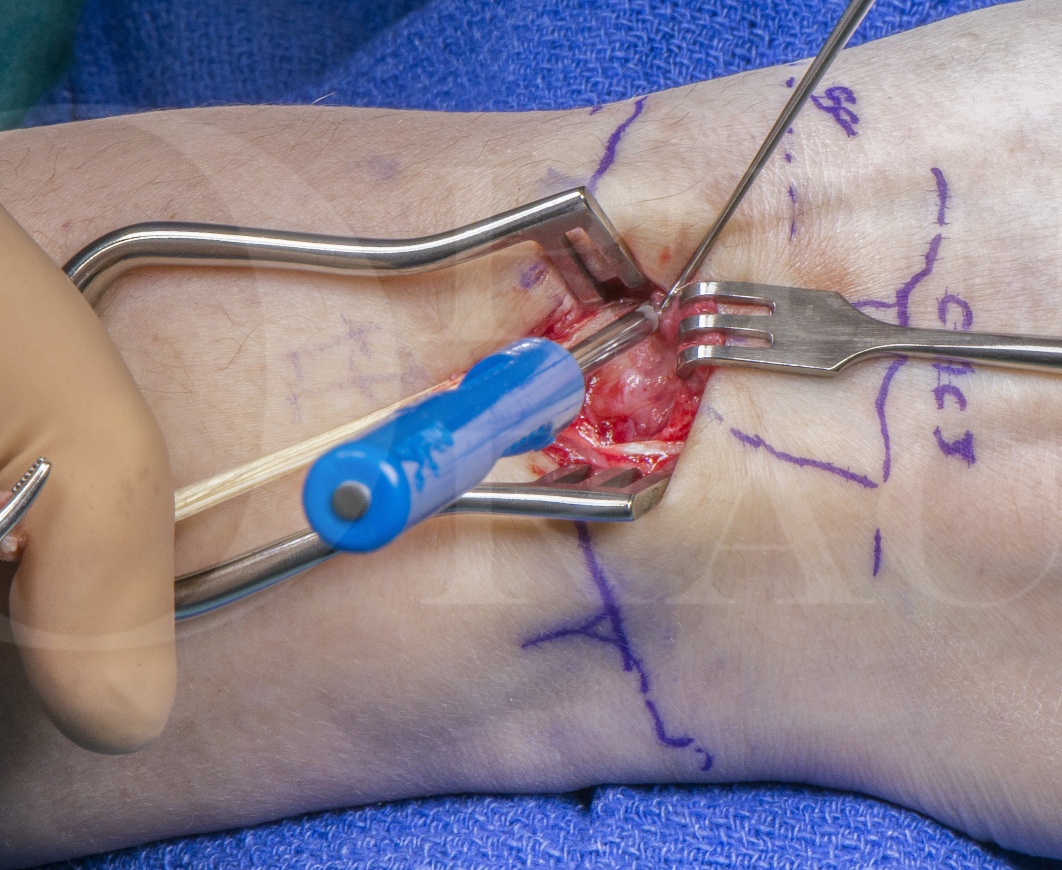 This is a detailed step by step instruction through a Modified Brunelli reconstruction of the scapho-lunate interosseous ligament (SLIL) also know as the 3 ligament tenodesis.

The operation is performed to restore carpal mechanics following a SLIL injury and often subsequent attrition of the secondary stabilisers leading to a dorsal-intercalated segment instability (DISI). SLIL injuries over 4-6 weeks old are often very difficult to repair primarily and may require reconstruction if symptoms persist. If the wrist remains symptomatic despite appropriate rehabilitation, splintage and analgesia therapy, surgery may be required.

This can be the case in Geissler grade 3 or 4 ligament tears seen arthroscopically and may also be the operation of choice in grade 1 scapho-lunate advanced collapse (SLAC) in conjunction with a radial styloidectomy.

The operation uses a third to a half of the flexor carpi radialis (FCR) tendon which is passed through the scaphoid, across the dorsal lunate and around the dorso-radiocarpal ligament (DRC). This aims to reconstruct the volar secondary stabiliser of the scapho-trapezial-trapizoid ligament (STT), the dorsal limb of the SLIL and tighten the secondary stabiliser of the DRC. The operation is performed as a daycase procedure and the patient is placed in cast for 4-6 weeks following the procedure to start focussed rehabilitation once casting is complete.

Patients often return to light work at 8 weeks, heavy work at 3 months and continue to strength and improve up to a year post-operation.