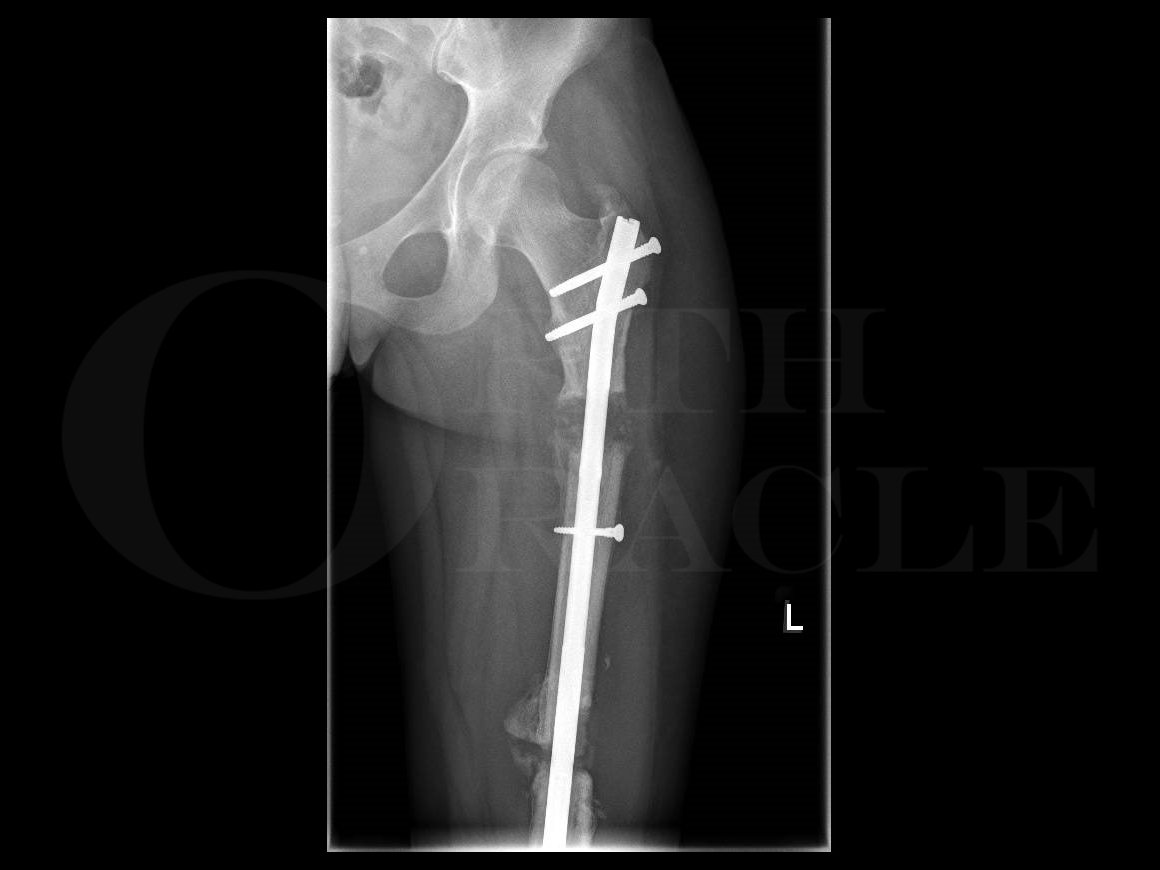 Femoral lengthening with distraction osteogenesis has traditionally been performed with the aid of an external fixator. In the femur these types of devices are not well tolerated by patients when compared to the tibia, but the long term use of external fixators brings with it common challenges, whatever their anatomical location. These routine complications are pin site infections, soft tissue tethering causing joint stiffness and malalignment of the bone axis and also the risk that the regenerate or docking site may re-fracture in the early stages after frame removal.

In this case I detail the Precice Bone Transport Nail being used to treat an open femoral fracture with bone loss. This patient sustained multiple injuries including an ipsilateral open femoral fracture with bone loss, a tibial shaft fracture and a vertical shear medial malleolus fracture. The femoral fracture was treated according to BOA guidelines for open fractures as a combined Consultant led Ortho-Plastic case. Initial management was debridement, washout, temporary spanning external fixation and application of a negative pressure dressing. At 48-72 hours the patient returned to theatre for a planned procedure to convert the external fixator to an intramedullary nail and definitive soft tissue cover with split thickness skin grafts. The femur was nailed out to length with a cement spacer and then tertiary reconstruction was planned once all wounds had healed and no signs or symptoms of infection were present.

The Precice system is one such telescopic nail and has been available in the UK since 2011 and uses an external, handheld device to control a magnetic telescopic nail mechanism. The Precice Bone Transport System is intended for limb lengthening, open and closed fracture fixation and treatment of pseudarthrosis, malunions, nonunions or bone transport of long bones.

The Precice system uses propriety magnetic technology that controls the nail device with precision rate control using an External Remote Controller (ERC). Each patient’s lengthening prescription is customised based on the surgeon’s lengthening protocol and can be performed in the comfort of the patient’s own home.