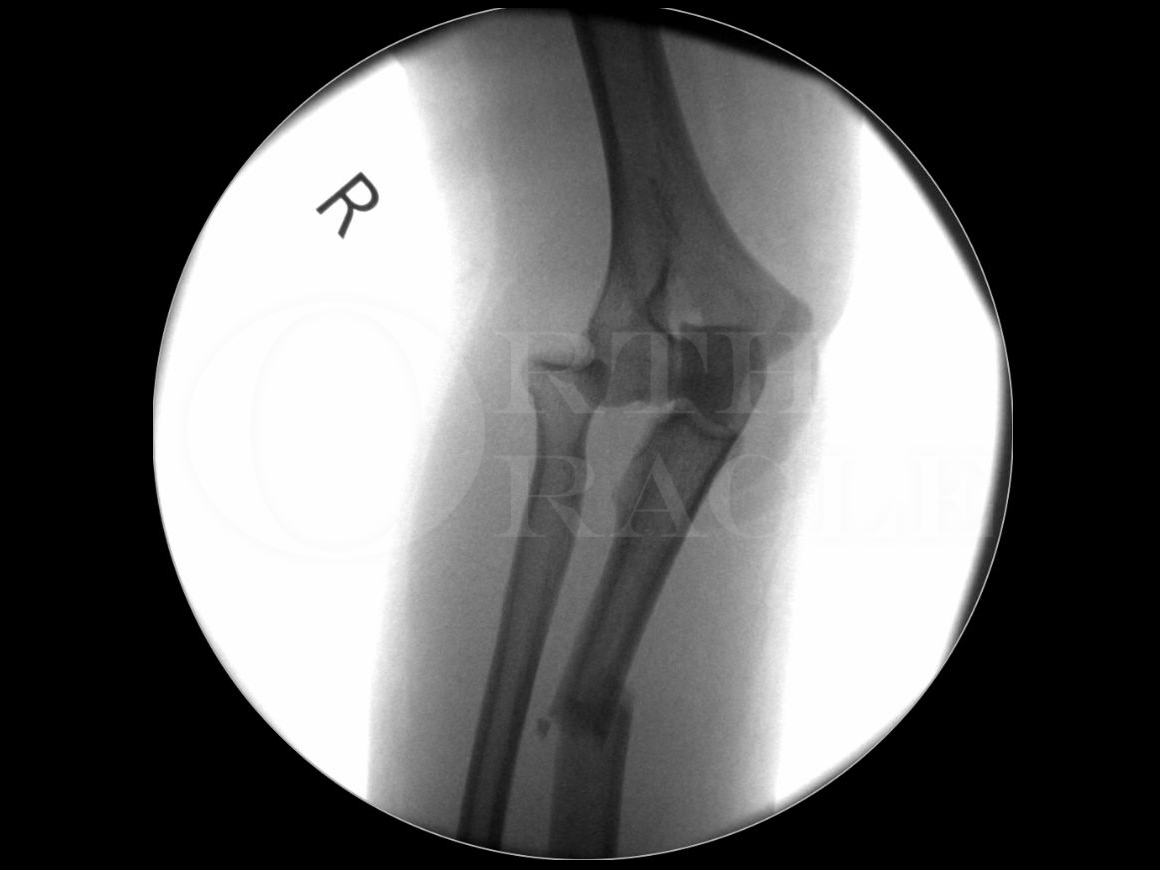 A Monteggia fracture-dislocation is a fracture of the proximal one third of the ulna and an associated dislocation of the radial head and is named after Giovanni Battista Monteggia who described it in 1814. Monteggia fractures are thought to occur from a fall on to a hyper-pronated forearm / hand. They are relatively uncommon with an incidence of between 1% to 2% of all forearm fractures. They are more frequently seen in children compared to adults however, the literature and treatment options must be interpreted with caution as the groups are often mixed together.

The forearm comprises two bones (radius & ulna) that are held together at different levels by different soft tissue structures. Distally the forearm is connected at the Distal Radio-Ulna Joint (DRUJ) by the Triangular FibroCartilage Complex (TFCC). In the mid-portion the bones are connected by the interosseous membrane and proximally the radius is held by the annular and quadrate ligaments. The annular ligament arises from the anterior and posterior aspects of the radial notch in the proximal ulna. The annular ligament is a strong band of fibres that encircle the proximal radius, maintaining its position in the radial notch but also allowing it to freely rotate during supination and pronation. The quadrate ligament arises from the inferior border of the radial notch on the ulna and connects directly to the radial neck. Its’ function is to increase the stability of the Proximal Radio-Ulnar Joint (PRUJ) and restrict excessive supination / pronation.

The Synthes Locking Compression Plate (LCP) has uniformly spaced combination (combi) holes. The plate can be applied in any of the following modes:

The combi holes can accommodate standard cortical / cancellous screws and locking screws. The combi holes are a mirror image relative to the middle of the plate. This places the threaded hole section (for locking screws) closer to the fracture and the dynamic compression unit (DCU) side of the hole is furthest away from the fracture. This means that with eccentric cortical / cancellous screw placement, then compression is achieved at the fracture site.

As the plates allow the insertion of locking screws, this converts the construct into a fixed angle device and you do not need to rely on plate/bone compression to maintain the stability of the construct.