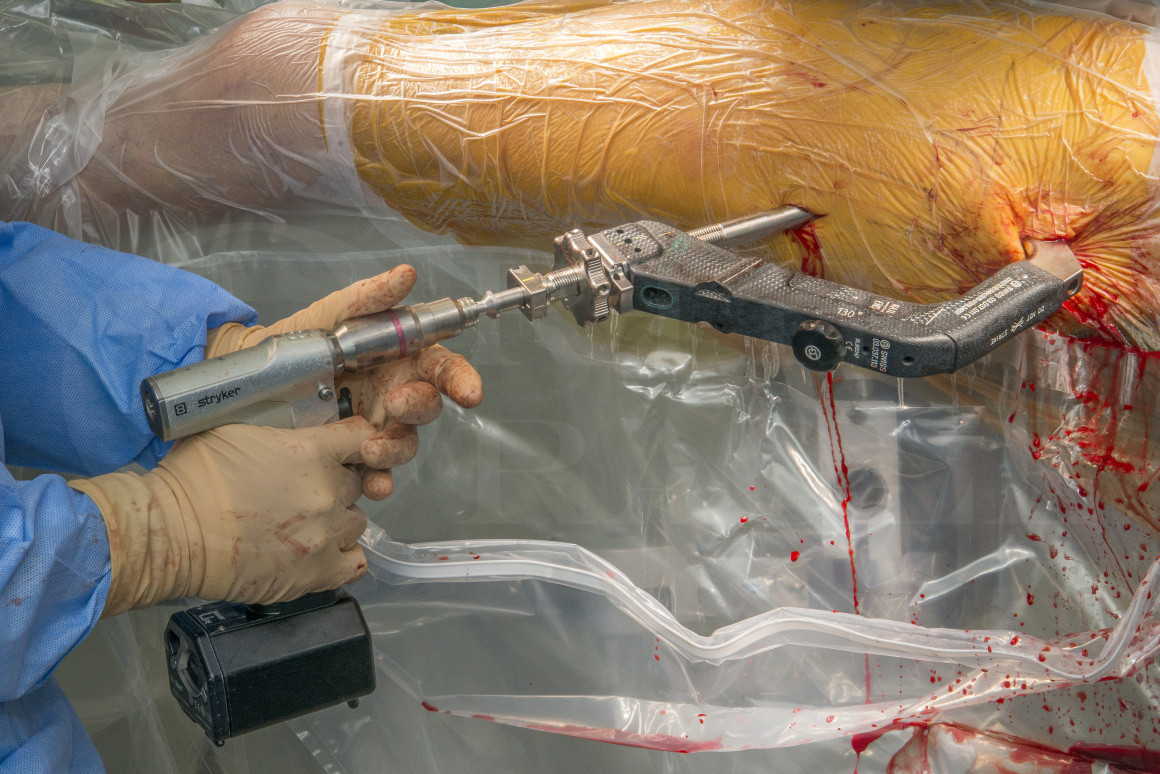 Fragility fractures of the proximal femur are increasingly common injuries with an incidence of over 1.5 million globally.  The majority of these injuries are managed surgically, fractures that are extra-capsular and thus with a preserved blood supply to the femoral head are in most cases managed with internal fixation to stabilise the fracture.  Extra-capsular fractures are classified according the AO/OTA classification.  A1 fractures are simple 2 part per-trochanteric fractures, A2 fractures extend to involve the lesse trochanter and disrupt the medial buttress, A3 fractures extend into the lateral wall and include the ‘reverse oblique’ pattern.  Traditionally extra-capsular fractures were stabilised with a sliding hip screw type implant however it was recognised that this did not provide optimum stability in some fracture patterns and in the past 2 decades there has been an increasing trend towards intra-medullary nailing of extra-capsular neck of femur fractures.

The current NICE guidelines in the UK recommend that A1 and A2 fractures (2 part or involving the lesser trochanter) are managed with sliding hip screws, fractures with subtrocahanteric extension should be managed with intra-medullary devices according to the guideline.  The management of A3 fractures, where the lateral wall is deficient, is not defined in the NICE guidelines reflecting uncertainty in the literature as to the a clear advantage of SHS or intramedullary nailing in this fracture pattern.  The SHS however depends on controlled collapse of the femoral head controlled by the lag screw in the plate barrel and buttressed by the lateral femoral wall. If the lateral wall is deficient there is nothing to buttress the femoral head with resultant medialisation of the shaft with uncontrolled collapse and instability.  For this reason many, if not most, surgeons would favour an intramedullary device for A3 fractures.

The Synthes TFNA is an evolution of the Synthes PFNA.  It has many features in common with most proximal femoral nails for fragility fractures, the proximal end has a larger diameter than standard nails to increase fit in osteoporotic bone, distally the end of the short nail is tapered and there is just a single locking bolt to reduce the stress riser at the nail tip which historically led to peri-implant fractures.  The fixation in the head can be achieved with a traditional lag screw or with a helical blade.  The blade is designed to compress the osteoporotic cancellous bone in the femoral head as it is inserted thereby improving hold in the femoral head.  Additionally the blade is rotationally stable increasing implant stability.  Biomechanical data suggests implants using helical blades confer favourable stability compared to screws however there is no proven clinical benefit.