Posterior and Anterior interosseous nerve neurectomies of the wrist 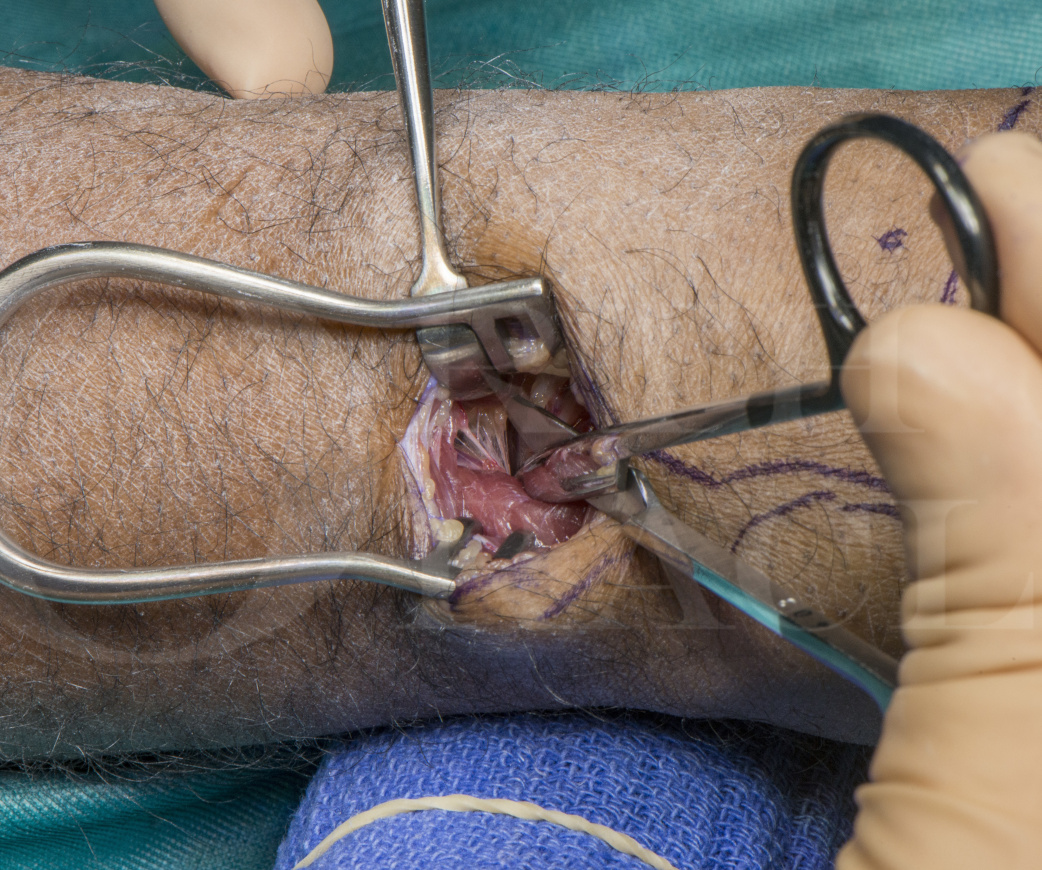 The procedure is usually carried out following a successful trial of local anaesthetic injection around the nerve used to predict post-operative pain relief. The two nerves are transected at a level just proximal to the dorsal radio-ulna joint where both nerves can be accessed via the dorsal wrist approach.

The operation is simple to perform and commonly performed in certain situations such as wrist arthritis, dorsal wrist pain of unknown origin and wrist instability. Usually a more formalised operation is performed such as partial wrist fusion, ligament reconstruction etc. however in some cases the patient may want to retain their current range of movement or not want to undergo such a large operation and therefore opt for a denervation of the wrist.

The denervation will not stop progression of the underlying pathology but may make it more tolerable. In some cases where the initial operation has failed to relieve all the pain, a wrist denervation may be a useful secondary procedure to improve patient symptoms.

Complications are rare and 60-90% of patients show improvements in pain scores with around 50% having increased grip strength compared to a per-operative level.

The operation is performed as a daycase procedure and the patient can gently mobilise the hand straight after discharge. The outcome of the surgery is complete after 3-4 months post-operation. The PIN is a continuation of the radial nerve. It innervates the extensor muscles of the forearm but by the time it reaches the site of the operation the only innervation distal to this point is the pseudo-ganglion supplying the dorsal wrist capsule and ligaments of the wrist.

The AIN is a branch from the median nerve innervates the radial half of flexor digitorum profundus and the flexor pollicis longus proximal to the operative site and the pronator quadrates and volar wrist capsule and ligaments distal to the site of surgery. The posterior interosseous artery (PIA) and anterior interosseous artery (AIA) which run with their respective nerves are branches from the common interosseous artery, a branch of the ulnar artery at the level of pronator teres. The PIA and AIA anastomose distally and contribute to the dorsal carpal arch.