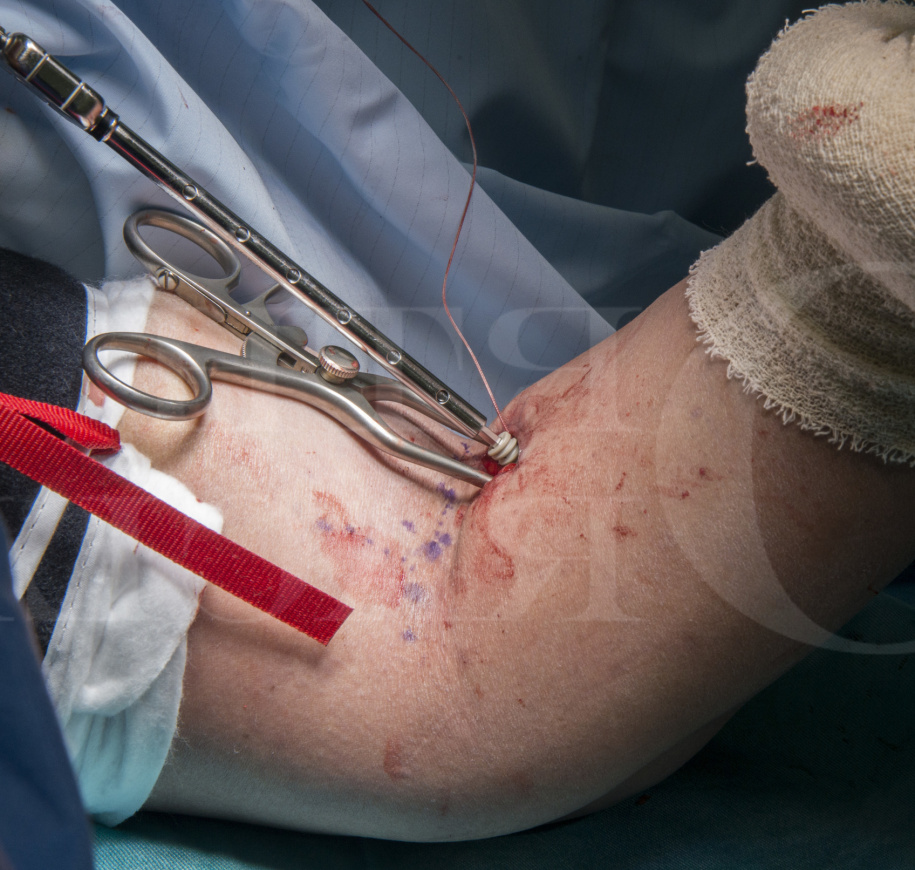 The distal biceps tendon attaches onto the radial tuberosity, which is located on the posteromedial aspect of the proximal radius, where it is at risk of injury. The biceps itself comprises of two anatomically distinct portions, each with separate origin and insertion:

Rupture of the distal biceps tendon tends to occur in a working age population, with over 95% occurring in males. There is also an association with anabolic steroid use.

Operative repair using a cortical button technique, as demonstrated here, has been demonstrated to restore flexion and supination strength to over almost 80% of the contralateral sides strength, which is a significant improvement on conservative management.

I tend to repair acute ruptures of the distal biceps tendon primarily using a one-incision technique, which helps minimise the risk of synostosis formation. I fix the tendon back using a cortical button and interference screw fixation with the Arthrex distal biceps tendon repair kit. The cortical button provides a robust fixation and has been shown to have the highest load to failure of the commonly used fixation methods. The Arthrex distal biceps button also allows early mobilisation, which helps reduce the chance of a loss of range of movement. The interference screw has also been show to induce direct tendon to bone healing which adds to the robustness of the construct.