Scaphoid fracture: Vascularised graft based on the volar carpal artery for non-union 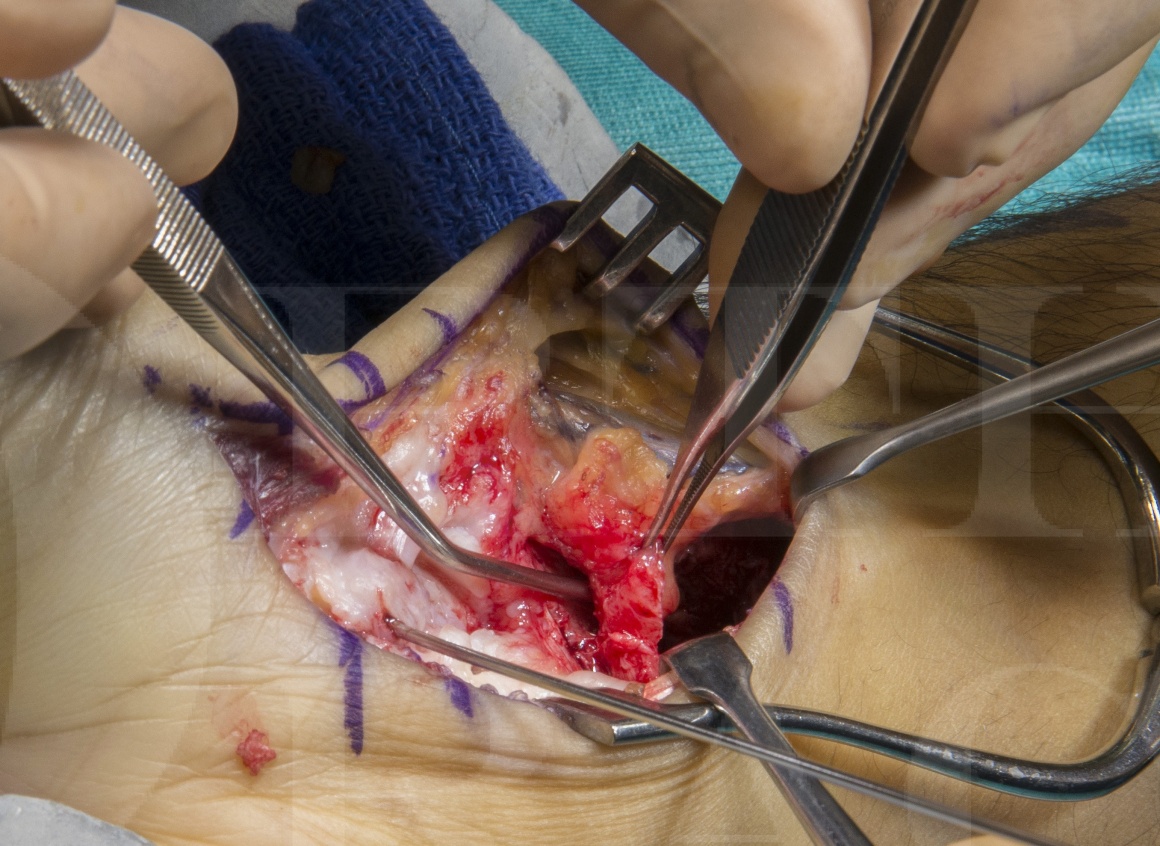 Approximately 10% of scaphoid fractures will proceed to a non-union. The incidence is higher for fractures involving the proximal pole (up to 90%) and also is increased if there is a delay to diagnosis, inadequate immobilisation or significant displacement of the fracture.

There are two anatomical factors in particular that predispose the scaphoid to non-union. The first is that it is almost entirely intra-articular with limited soft tissue attachment for vascular inflow. With respect to the proximal pole it is served  by an intra-medullary vessel that enters the dorsal distal waist which makes proximal pole fractures particularly prone to non-union due disruption of this vessel. The second that the scaphoid has no periosteum and so requires primary bone healing. Furthermore the scaphoids shape and articulations makes it difficult to immobilise. Fractures across its waist having a tendency to displace into a flexed position.

Various vascularised bone graft techniques are described in the literature. These include a dorsal distal radius bone graft raised upon the 1/2 inter-compartmental supraretinacular artery found between the 1st and second dorsal extensor compartments first described by Zaidemburg in 1988.

Another technique described is the use of  a free vascularised bone graft taken from the medial femoral condyle. A summary of the techniques available is listed in the references at the end.

In this case a vascularised graft from the volar aspect of the distal radius is was used to fix a scaphoid non-union using a volar approach.

The mini Acutrak headless screw system is used in this case. It offers a tapered, fully threaded designed with a variable pitch and thus offers compression and sits beneath the bone surface.

The history, presentation, imaging and surgical decision making are described in the next section.

Readers will also find of use the following OrthOracle techniques: