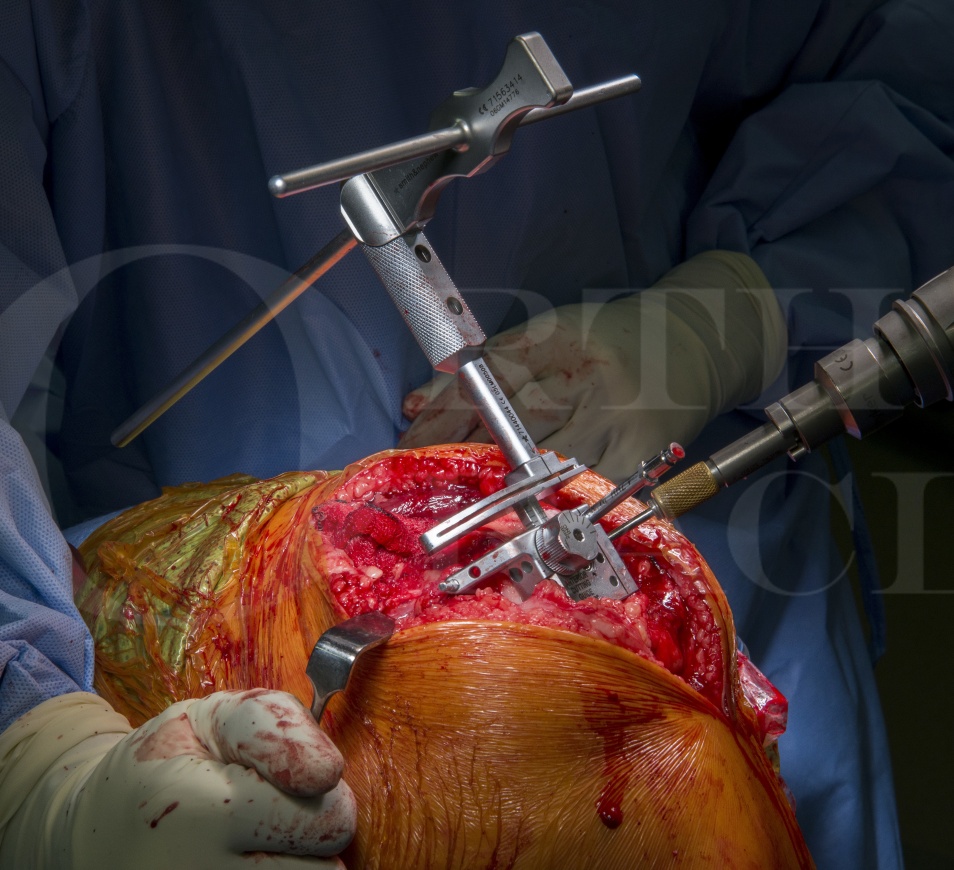 The indication for patello-femoral partial knee replacement is isolated arthritis of the patellofemoral joint (PFJ). This is often seen in conjunction with biomechanical abnormalities such as trochlea dysplasia, patella maltracking and patella alta in a relatively young age group, of people in their fifth decade, who require intervention with arthroplasty. An older subset of patients is also recognised less frequently have these associated biomechanics issues with their PFJ arthritis. The degenerative disease in older patients may start in the PFJ, and would eventually progress to a more generalised tricompartmental arthritis should their lifespan allow; until such time they remain suitable candidates for isolated patello-femoral replacement as the risk of progression is low given their age relative to likely life-expectancy .

The Journey patellofemoral replacement is a sided trochlea on-lay component which is produced in Oxinium to reduce wear and increase wetability. Oxinium is a trade name of a Smith and Nephew product used for joint reconstruction implants; it is oxidised zirconium as the ceramic surface of a transformed alloy through a patented process. This bearing surface is harder, more wettable and lighter than standard metal and has over ten years clinical experience. The use of Oxinium is a unique selling point for this implant with the potential benefits of longevity and better bio-integration on account of its biomechanics properties.

The Journey Oxinium trochlea is paired with the Genesis II Patella which is produced and distributed in two forms: the three peg onlay and the single peg biconvex inlay design. Whilst both designs have long-term follow-up, my preference is for the inlay biconvex single peg component to allow fine-tuning of the patella (bone and polyethylene) thickness during the preparation steps as described in this technique.

My reason for using the Journey PFJ is a combination of familiarity with the Genesis II patella (being a Genesis user for total knee replacements) and the theoretical and laboratory suggested benefits of Oxinium to reduce wear and improve wetability.