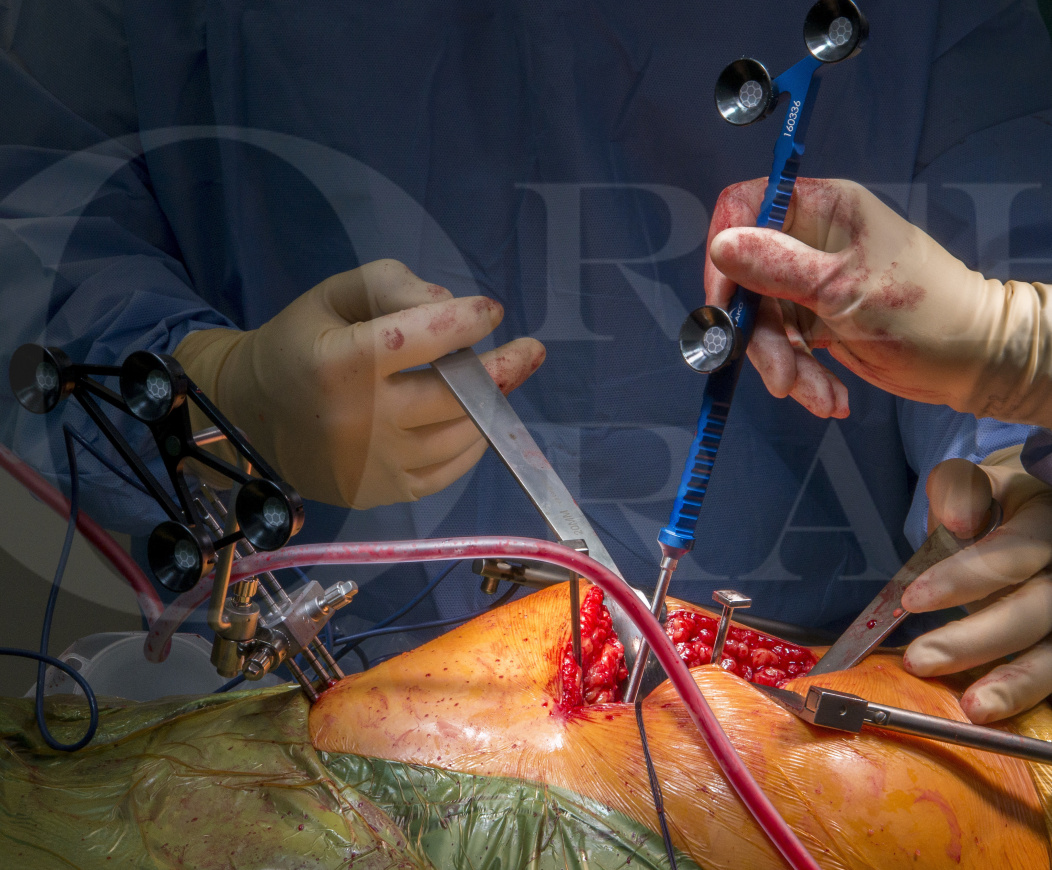 The MAKO robot was first used in 2010 for a total hip replacement(THA). In 2015 FDA approval was granted and its use since then has increased dramatically. Whilst THA is a very successful operation, there continues to be an potentially reducible incidence of early failure from dislocation and malpositioning of components. The MAKO system has been designed by Stryker to increase the accuracy of component positioning, as well as sizing and it is hoped the longevity of lower limb joint replacement. Other systems are in their infancy at present and the Stryker MAKO is arguably the most common system currently used.

The Accolade II stem is a tapered wedge designed stem. Increased stability has been designed into the stem by increasing its canal fit and fill. The stem was designed from information gained from the SOMA (Stryker Orthopaedic Modeling and Analytics) database. This database has CT scans of over 16,500 bones. Particular attention has been paid to the medial curvature of the stem to fit the femoral canal and the stem has unique size-specific curvatures as the stems increase in size. It has a metaphyseal Purefix HA coating Titanium plasma spray.

The Tritanium cup is available as a hemispherical solid back shell, or with cluster holes. It can be used with polyethylene or a ceramic insert. It comes in 2mm incremental sizes ranging from 44mm to 66mm.