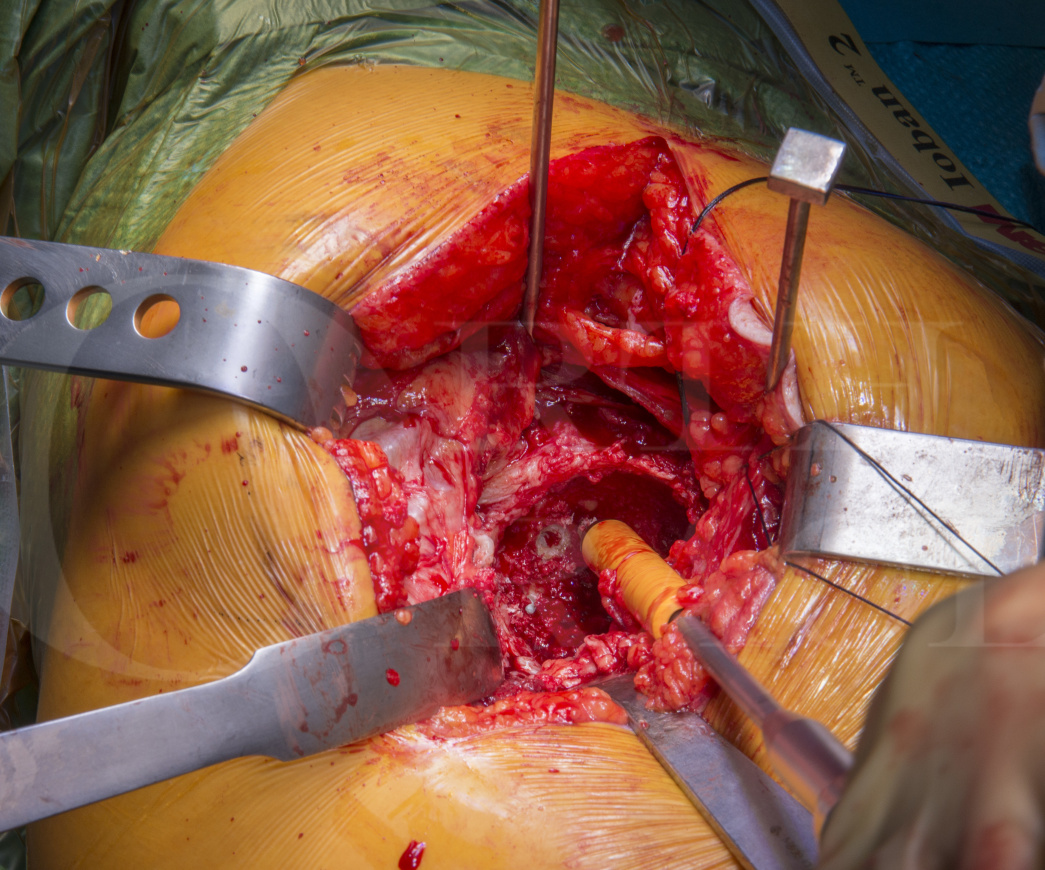 A cemented total hip replacement should be considered in the elderly population. It is forgiving to the ageing skeleton which is reflected in the fact that there is a lower risk of fracture of both the acetabular and femoral bone when compared to uncemented designs.

The Exeter cemented stem has excellent survivorship, reported as 100% at 17 years (Carrington et al), and is a polished, double tapered cemented stem which has an ODEP* 13A star rating.

The contemporary cup has excellent survival (Magges et al). Options for both a ceramic or metal head are available and where possible a 32mm head is favoured to reduce dislocation rates.