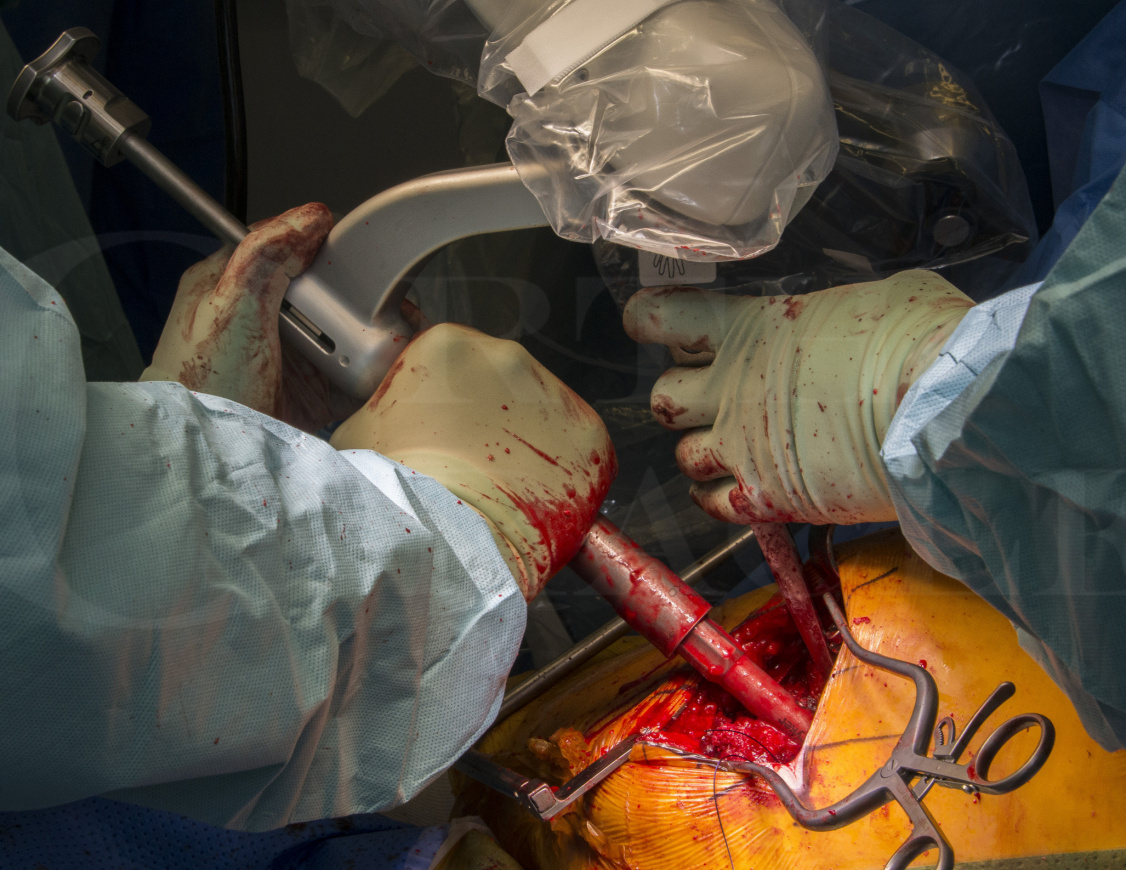 The Mako robot was first used in 2010 for a total hip replacement(THA). In 2015 FDA approval was granted and its use since then has increased dramatically. Whilst THA is a very successful operation, there continues to be a potentially reducible incidence of early failure from dislocation and malpositioning of components. The Mako system has been designed by Stryker to increase the accuracy of component positioning, as well as sizing and it is hoped this will benefit the longevity of lower limb joint replacement. Other systems are in their infancy at present and the Stryker Mako is arguably the most common system currently used.

The Mako robotic system is an image guided, active, haptic feedback system. It is based on high resolution CT scans to map the anatomy of the knee and lower resolution images of the limb to measure alignment. This has potential advantages of accuracy but does require more planning and forethought. It is active in the sense that there is a robotic arm that moves into the plane of cuts to be performed. More passive systems like the Smith and Nephew Navio are simply active when in the right field and off when they are not. The Mako provides boundaries which allow for protection of soft tissues such as the patella tendon and (in cruciate retaining cases) the posterior cruciate ligament. Their haptic feedback system stops the blade from cutting if any part of the cutting teeth stray outside of the boundaries. The final part of the system is interactive planning and analytics to allow for assessments of implant size and position as well as soft tissue tension.

The MAKO Hip system has two main options in terms of which aspects of the operation are assisted, known as the  enhanced or alternatively the express workflows.

Stryker govern the use of the system and it is only compatible with their approved implants. It is only available to surgeons who have been trained on an approved Stryker course and is always done with a Makoplasty Technician present in theatre. You should spend time with your technician so they understand how you work and the philosophies you use in knee reconstruction. It doesn’t take long to get used to each other and learn each other’s ways. I strongly recommend spending time going through cases preoperatively and postoperatively with each other to start with. You will find different subtle changes which can help to streamline the process and save quite a lot of time. As you develop, most surgeons find the cases will take less than 20 percent longer than conventional techniques, within around 20 cases.

Using a robotic system like this is more expensive, time consuming and there is as always  learning curve. In order to be worthwhile, the surgeon must believe that the increased accuracy of ligament tension and bone cuts provide an improvement in function, longevity or both.

The Mako system provides the most information and input of any robotic knee system and is the only robot advanced enough to remove the need for cutting blocks. However, it is the bulkiest and requires the most pre-operative imaging as well as a dedicated technician. If you enjoy control and freedom, the Navio system may be more to your liking. If you want masses of information and are willing to be part of a team with robot, technician and surgeon working together, the Mako system will be rewarding.

In terms of the implants themselves the Accolade II stem is a tapered wedge designed stem. Increased stability has been designed into the stem by increasing its canal fit and fill. The stem was designed from information gained from the SOMA (Stryker Orthopaedic Modeling and Analytics) database. This database has CT scans of over 16,500 bones. Particular attention has been paid to the medial curvature of the stem to fit the femoral canal and the stem has unique size-specific curvatures as the stems increase in size. It has a metaphyseal Purefix HA coating Titanium plasma spray.

The Tritanium cup is available as a hemispherical solid back shell, or with cluster holes. It can be used with polyethylene or a ceramic insert. It comes in 2mm incremental sizes ranging from 44mm to 66mm.