Transposition flap in the hand 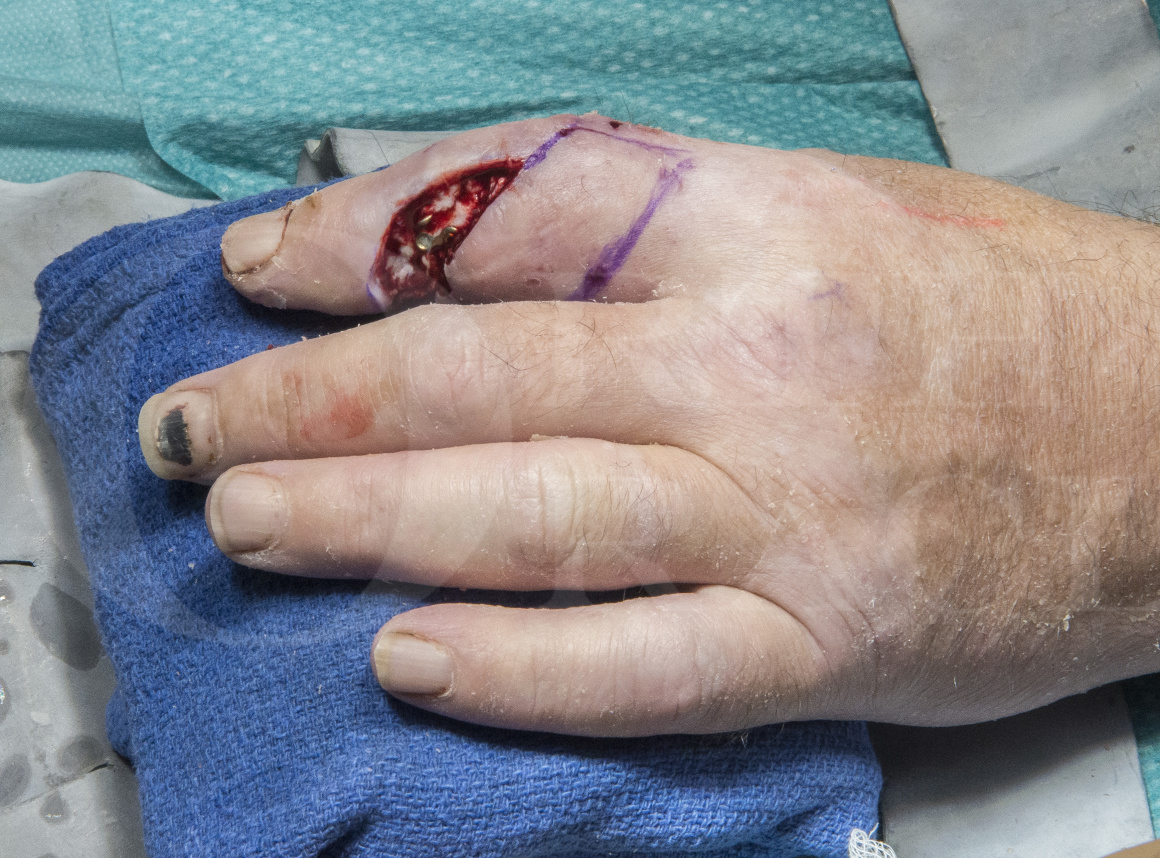 Local skin flaps are used to cover small to medium sized defects in the hand of which there are several geometric designs including advancement flaps, pivot flaps and interpolation flaps.

With an Advancement flap the skin advances in a single plane and is based on a single pedicle(uni-pedicled flaps), two pedicles(bi-pedicled) or V-Y advancement (a technique wherein a V-shaped defect is converted to a Y). These flaps are useful for fingertip defects where more dorsal skin is lost. The advancement is done from the volar side.

Interpolation flaps move over intact skin to reach the defect. This leaves a pedicle which has to divided in two to three weeks. Cross finger flaps are an example of  these. Cross finger flaps are usually  taken from the dorsal skin of the middle phalanx and used to cover finger tips. These are most useful for covering pulp defects where there is more loss from the palmar side.

The case demonstrated is a soft tissue defect following an open fracture, itself treated with a primary fusion of the PIP joint using plate and screws. The wound broke down three weeks following the operation, exposing the metal work, and leading to a significant infection risk. Check X-Rays showed that there was little bony union and therefore the metal work could not be removed.

A local transposition flap was used to cover the defect with the secondary defect  closed using a split skin graft taken from the same forearm.

The skin in this finger was indurated and tight secondary to the recent trauma and wound breakdown, leaving no slack for the use of a rotation flap, which allows direct closure of the donor site. Though there is the need for a split skin graft to cover the secondary defect produced by a transposition flap its design allows enough movement to cover the entire defect with healthy and immediately vascular flap tissue.