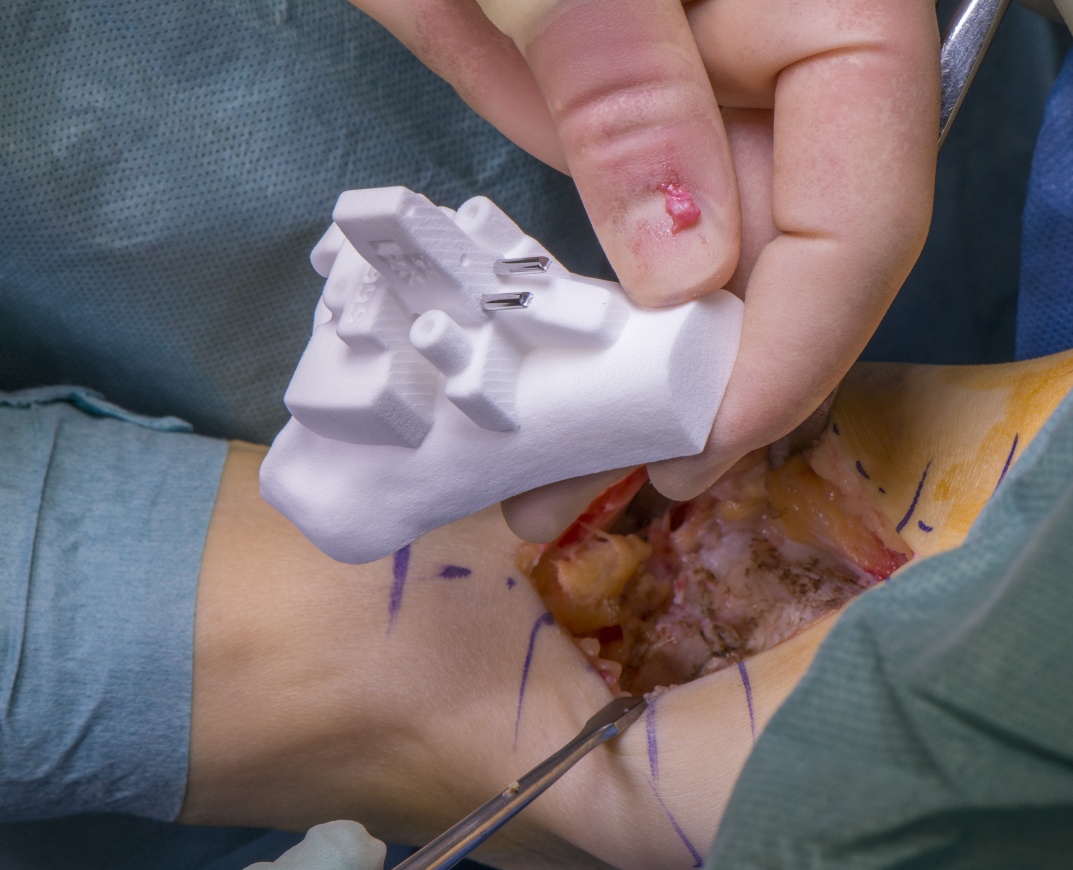 The first ankle replacement was implanted in 1970 by Lord & Marotte. It was effectively an upside down hip stem and naturally the results were poor. Since that time there have been several generations of implants. Initially the implants were constrained and cemented, later followed by unconstrained using a mobile bearing meniscal implant and the most modern of implants are now two component fixed bearing.

Ankle replacement technology is an emerging but rapidly growing field. Approximately 900 ankle replacements are performed in the UK each year, in comparison to perhaps 2000 ankle fusions (NJR and HES Data).

The basic premise for ankle replacement technology is based on a lack of understanding how the joint actually works. Initial concepts that the joint is a monoaxial hinge are of course incorrect. Aside from just plantarflexion and dorsiflexion, the joint rotates, inverts and everts and translates forwards and backwards. Indeed even sagital plane motion is not just in one plane as the arc of motion of the talus on the lateral side is greater than the medial side hence creating a rotatory motion within the mortise by the frustrum shaped talus.

Modern thinking and newer generations of implants have removed the need for cement, using porous coatings or HA coatings for osseointegration, ultra high moleccular weight polyethylene (UHMWPE) as an articulating surface, and better instrumentation. Most implants use cobalt chromium allow although some implants are made also of titanium.  The most recent innovation was the use of patient specific instrumentation (PSI) which enables CT scan data of the patient to produce patient specific jigs from nylon that can be used to plan the surgery in advance avoiding the need to determine variables such as alignment, size and rotation on table.

The INFINITY™ Total Ankle System is produced by an American company Wright Medical.  Several surgeons were brought on to provide a clinical perspective  and the resulting replacement has benefitted from the collaboration between themselves and Wrights’ design engineers.

The key features they claim to have introduced are:

The tibial tray design is low profile and has 3 pegs which are angled backwards so that it can be inserted and impacted from the front.  It requires the same standard resection depth for all implant sizes. It comes with a standard and long option to allow for optimal AP coverage.

Obviously, many of the elements of the Infinity’s design had been used before by other implants on the market and the real innovation in my mind was the ability to use PROPHECY PSI to plan and perform the surgery.