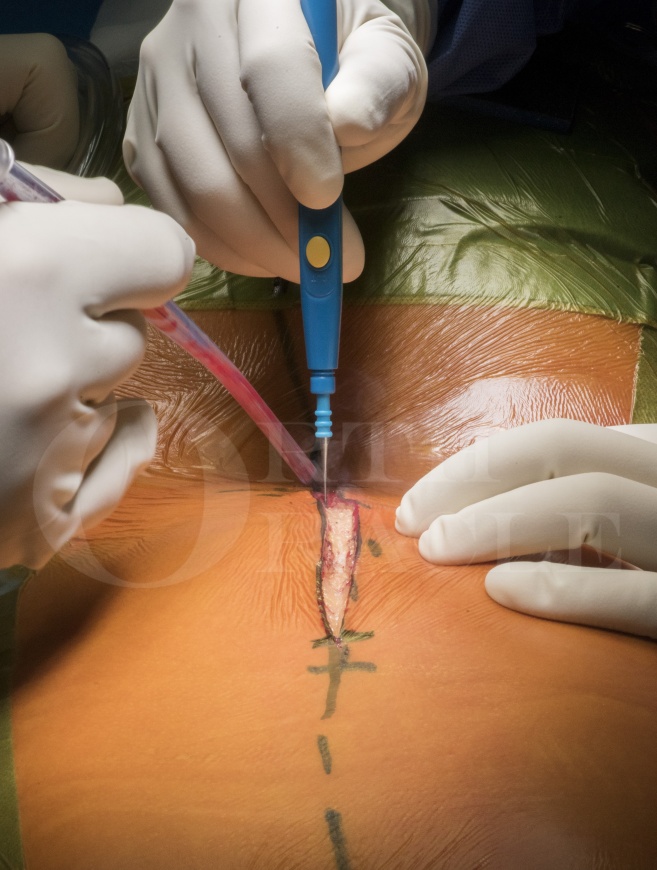 A congenital scoliosis results from a vertebral anomaly causing an imbalance in the longitudinal growth of the spine and subsequent curvature. While the vertebral anomalies are present at birth, the deformity may not be diagnosed until later in life. The vertebral anomalies develop during the first 6 weeks of intrauterine life, arising from a disruption of somitogenesis, which results in either a failure of formation of the vertebra, failure of vertebra segmentation or a combination of both processes. The pattern of deformity seen and the potential for progression depends on the type of anomaly present, its location within the spine, the magnitude of deformity, the patient’s age and whether the curves are single or multiple.

The prevalence of congenital scoliosis is approximately 1 in 1000 live births. A scoliosis is the most common deformity (80%) followed by kyphoscoliosis (14%) and isolated kyphosis (6%).

The aetiology of congenital kypho-scoliosis is multifactorial; environmental factors, genetics, vitamin deficiency, chemicals and drugs have all been implicated, either singly or in combination.

Congenital kyphotic deformities are far less common than congenital scoliotic deformities but can have serious consequences. They produce a sagittal plane deformity characterised by abnormal posterior convex angulation of a segment of the spine. They are caused by developmental vertebral anomalies that impair longitudinal growth, anterior or anterolateral to the transverse axis of vertebral rotation in the sagittal plane.

The majority of congenital kyphotic deformities are due to a failure of formation and its rate of progression may be 2.5 – 5 degrees per year. Most patients clinically deteriorate during adolescent growth spurt. Early detection allows for comprehensive patient evaluation, family discussions and preparation/ planning of future treatments depending on the predicted progression of the spinal deformities.