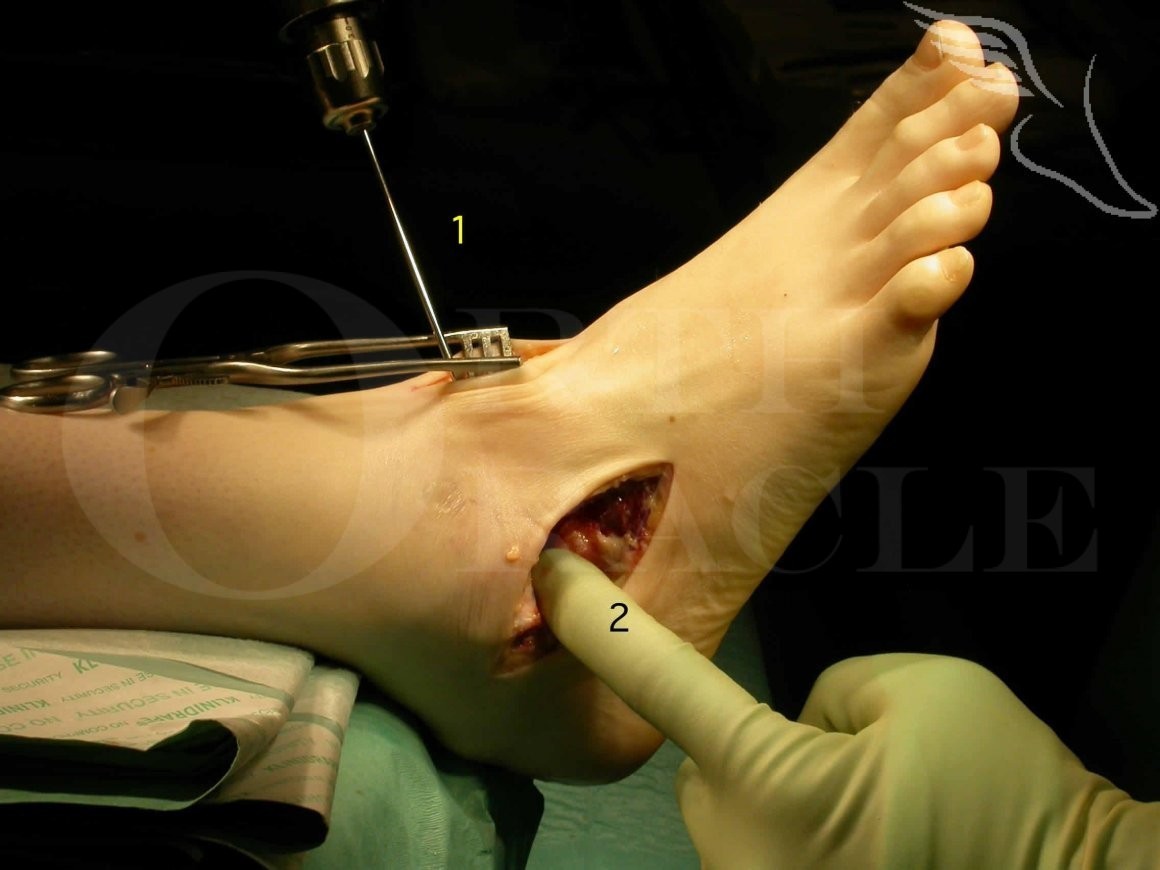 The Triple fusion is  a versatile and successful intervention for treating both significant deformity as well as arthritic symptoms. The joints fused in this operation are the subtalar, talo-navicular and calcaneo-cuboid.

It is key that joint preparation is correctly done and that hind-foot and mid-foot alignment is restored. A CT or MRI is required in the majority of cases pre-operatively to adequately define the bone stock and level of deformity and identify all associated degenerative change.

Though the approaches used and techniques employed in the operation have changed little over the last thirty years a significant assistance to those performing has has been the development over the last ten to fifteen years of  large and compressive staples and locking plates to fix the midfoot joints. This technique demonstrates the use of an Orthosolutions cannulated large fragment screw to fix the subtalar joint and Wright Charlotte staples for the midfoot joints.

Functionality for most activities of daily living is little effected after a triple fusion but in the  longer term arthritis is likely to occur in the neighbouring joints.