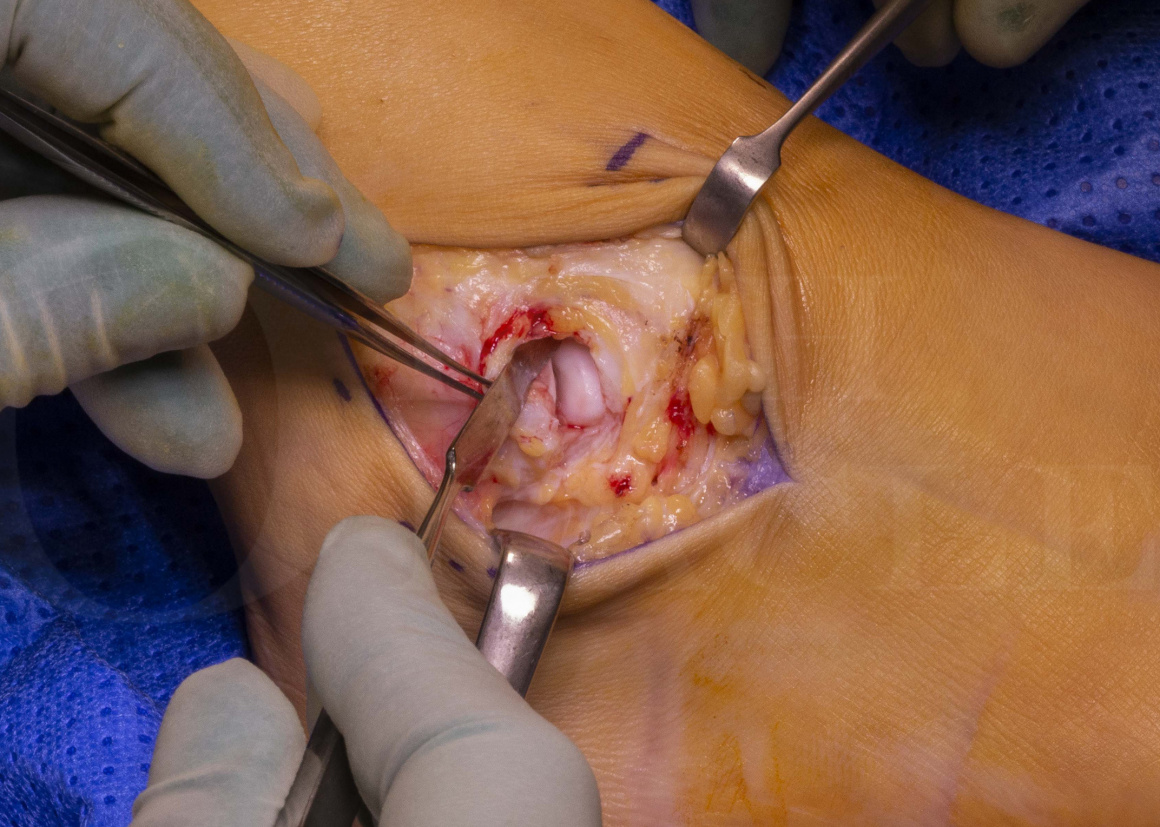 Those patients with persistent structural instability, despite adequate physiotherapy, may benefit from surgery  to stabilise the ankle, which aims to address the structural component by repairing or re-constructing the ATFL and CFL.

One surgical technique that provides excellent results was first described by Brostrom in 1966, whereby the ATFL and CFL are repaired under tension. Gould in 1980 described a modification, incorporating an additional imbrication of the inferior extensor retinaculum (IER). The Bröstrom-Gould technique forms the mainstay of anatomic ankle reconstruction techniques, not only because of the high success rates, but also because of low rates of complication, such as ankle stiffness, subtalar arthritis and nerve injury. The procedure also restores the normal kinematics of the joint. Unlike the anatomical repair, non anatomical reconstructions(such as the Chrisman-Snook or Evans procedure) may not restore normal kinematics of the joint and usually involve larger dissections with a higher complication rate, most notably nerve injury and subtalar stiffness.