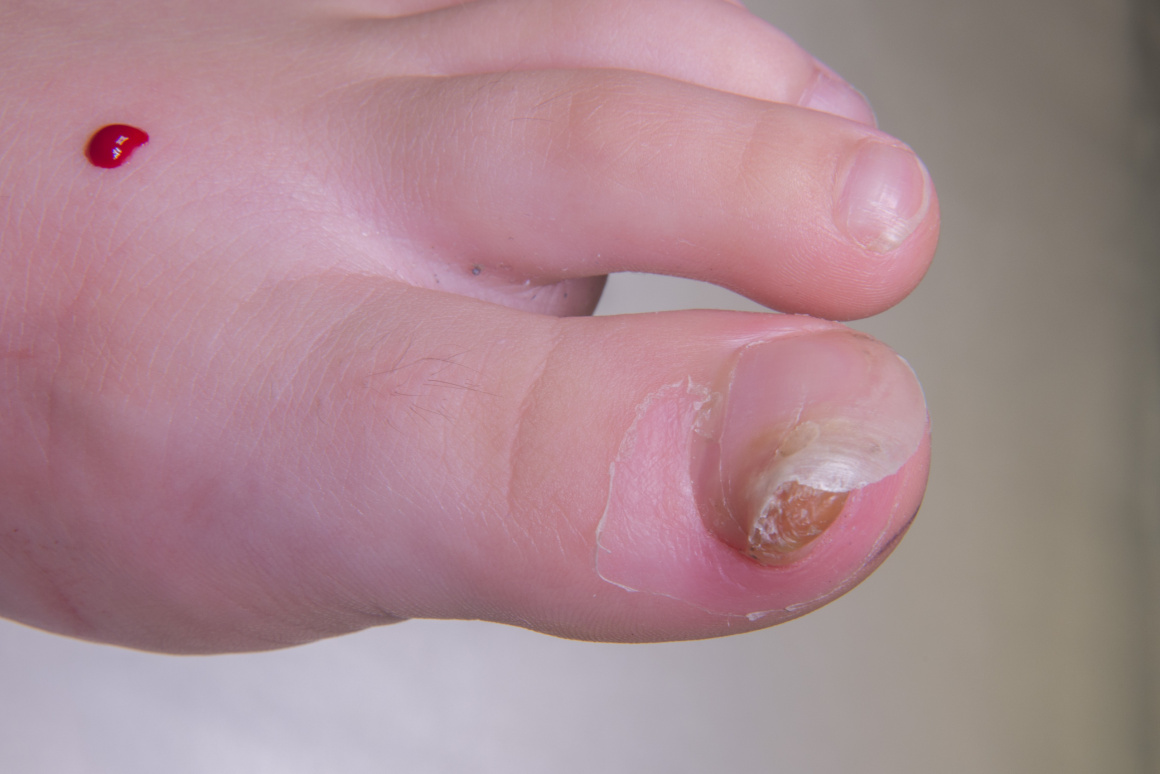 Subungual exostosis is an uncommon osteocartilagenous bone tumour that affects the distal phalanx of the toes or fingers, most commonly the hallux. The exostoses are sometimes referred to as a Turret exostoses. The condition is thought to include a true exostosis, characterised by a fibro-cartilaginous cap, and an osteochondroma, with a hyaline cartilage cap.

A bony growth under the nail of the hallux was first described by Dupuytren in 1817, and has become popularly known as Dupuytrens exostosis. The cause of the growth is unclear, and various aetiologies including trauma, infection, hereditary and tumour have been put forward. There is also debate as to whether subungual exostoses and osteochondromas are the same entity. Exostoses are derived from fibrous tissue with a fibrocartilaginous cap, whereas osteochondromas arise from enchondral ossification with a hyaline cartilage cap. Subungual exostoses have been linked to a reproducible gene translocation, suggesting this is likely to be a neoplastic process as opposed to reactive. Subungual exostoses have also been reported as part of multiple hereditary exostoses

55% of patients are under 18 yrs at presentation, 80% of exostoses occur in the hallux and 30% report a history of trauma. Patients present variably with pain, onychodystrophy or a noticeable mass. The incidence of malignant transformation is exceedingly small although recurrence has been described.