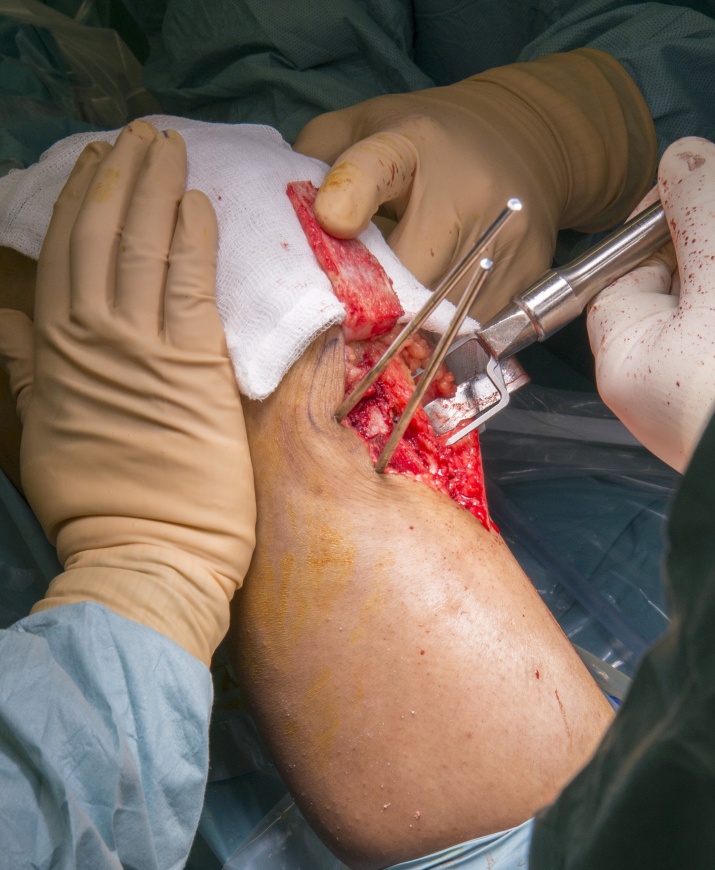 Anterior knee pain and patella instability is a common orthopaedic problem. It is estimated that the overall incidence of primary patella dislocation in the population is approximately 5.8 per 100,000, with a 5-fold increase in incidence between the ages of 10 to 17 years. Furthermore, the likelihood of recurrent instability after a primary dislocation is significantly higher (OR= 6.6, P<0.001) in individuals with preceding patella-femoral joint (PFJ) symptoms7. Young active individuals are particularly prone to develop sequelae that impair function with some studies reporting that up to 55% of patients fail to return to sports activity after this injury2,4. It is therefore paramount that once the diagnosis of PFJ dysfunction is made the precise cause is established in order to deliver optimal treatment.

PFJ pain and instability is a multifactorial problem. In addition to the soft tissue constraints around the knee, the osseous architecture together with overall rotational limb alignment (femoral version (FV), tibial torsion (TT) and knee joint rotation angle (KJRA)) contributes to the normal workings of the joint.

Paediatric orthopaedists are more likely to deal with these issues than their orthopaedic colleagues who see only adults. However, many adolescents transition into adulthood without the benefit of detection and correction of their malalignment and resultant patellar instability. Significant torsional malalignment is more common than generally appreciated and very often missed, despite being easy to detect. The approach to adults with patellar instability rarely includes evaluation, let alone correction of rotational abnormalities. Instead, most orthopaedists choose to deal independently with the consequences of the malalignment, such as patellar instability, patella alta, shallow femoral sulcus, increased Q-angle, lateral patellar compression, and so forth. Many of the corrective procedures for these associated conditions have enjoyed popular acceptance with good short-term results. However, there is concern regarding the development of late symptoms and arthritis. Thus, in many cases, these other procedures may need to be performed in combination with torsional realignment procedures, or may even be avoided altogether by restoring normal mechanical alignment. Relative to the inconsistent results of tibial tubercle transfer, many surgeons have chosen to use only proximal soft tissue procedures. In our opinion, failure to correct significant limb malalignment and the resultant valgus vector (patella) may ultimately invite soft tissue fatigue and stretching, even with the most robust reconstructions

With relation to lower limb rotational alignment, deformities of increased femoral neck anteversion, torsional deformities of the femoral shaft and external tibial torsion increase the risk of PFJ instability. Though there have been a number of studies that have been published on the methodology of measuring lower limb alignment, few studies quote a normal range for the various rotational parameters in a control population. Those that do, appear to have a high data range and subsequent standard deviation in the values calculated, likely due to limited sample sizes. The values I generally use as normal are: