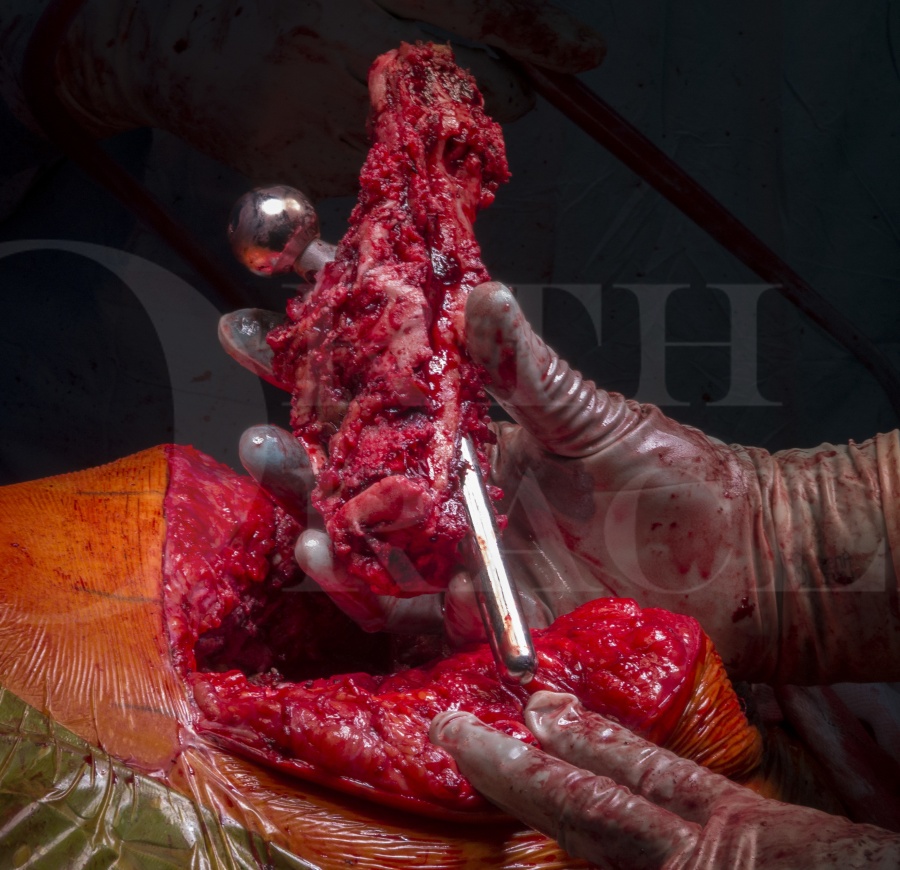 Deep infection is the bane of arthroplasty surgery and when it occurs produces technical challenges to the surgeon well above and beyond those of primary arthroplasty. No matter how onerous the resulting surgical challenge it is put into appropriate context by remembering that what this represents to a previously well functioning patient is immobility, pain, loss of independence and not infrequently depression.

The hip replacement revision case detailed is that of a woman twelve years down the line from a well functioning hip arthroplasty who suffered a peri-prosthetic femoral fracture due to a fall. The subsequent internal fixation was complicated by infection with resulting migration of the femoral implant.

However despite the obvious pathological condition of the hip, the patient did not want surgery and was coping until she became septic. This warranted an emergency debridement to decrease the septic load and suppressive oral antibiotics.

Eventually symptoms of pain and difficulty mobilising  became too much and the patient consented to further surgery to restore some semblance of normal  mobility.

The following case documents the stages involved a single stage (dirty to clean) revision from a failed peri-prosthetic fractured hip replacement to a proximal femoral endo-prosthetic replacement (Stanmore, Stryker) and Trident constrained cup (Stryker). The surgical technique also demonstrates the use of the Zimmer Explant, a tool that allows removal of uncemented acetabular shells with very limited  bone loss. The technique also demonstrates the use of Stimulan bone substitute (Biocomposites).

It is a long case and  I have focused on the debridement, the kit used for the Trident captive cup and preparation of the Stimulan. For surgical details on the use of the Stanmore Proximal Femur (Stryker) please refer to Jonathan Stevensons OrthOracle technique :