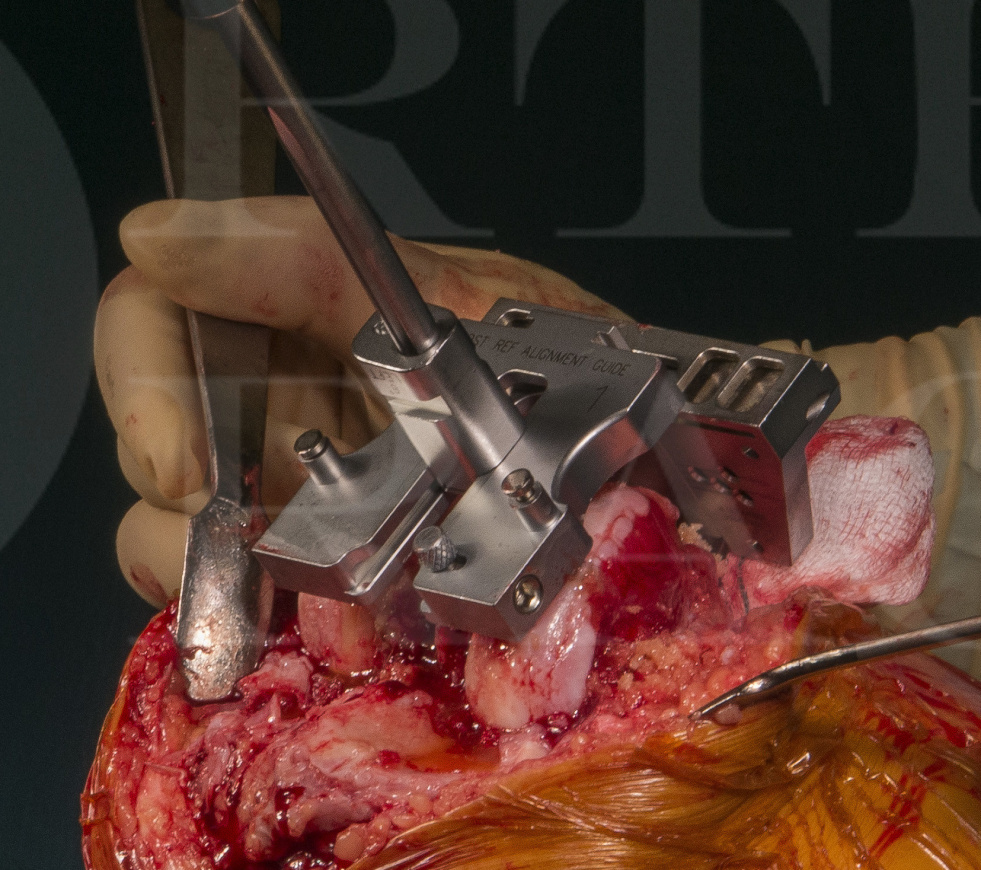 The Genesis II knee replacement is a popular bicondylar TKR design which has a proven track record. Dating from the mid 1990s, the Gen II was designed by James Rand, Bob Bourne and Richard Laskin, to incorporate a number of specific design features to optimise performance.

The key benefits of the Genesis II are:

In terms of which variant of Genesis II to choose, I have settled on cemented fixed bearing posterior stabilised with cobalt chrome femoral components for ‘standard’ TKRs. I will always try and perform a partial knee replacement if possible, but once I have made the decision that the whole joint is involved I chose to resurface the patella in all patients. For this I choose the biconvex inset Genesis patella as this allows careful fine tuning of patella construct thickness as described in this operation technique and also the Orthoracle technique Smith and Nephew Journey patello-femoral replacement .

In younger higher demand patients I use the Oxinium femoral component with UMWPE High Flex polyethylene liners; the age bracket for change is around 60-65 years of age in my opinion but this is more dependant on biological age, weight and function of the patient.