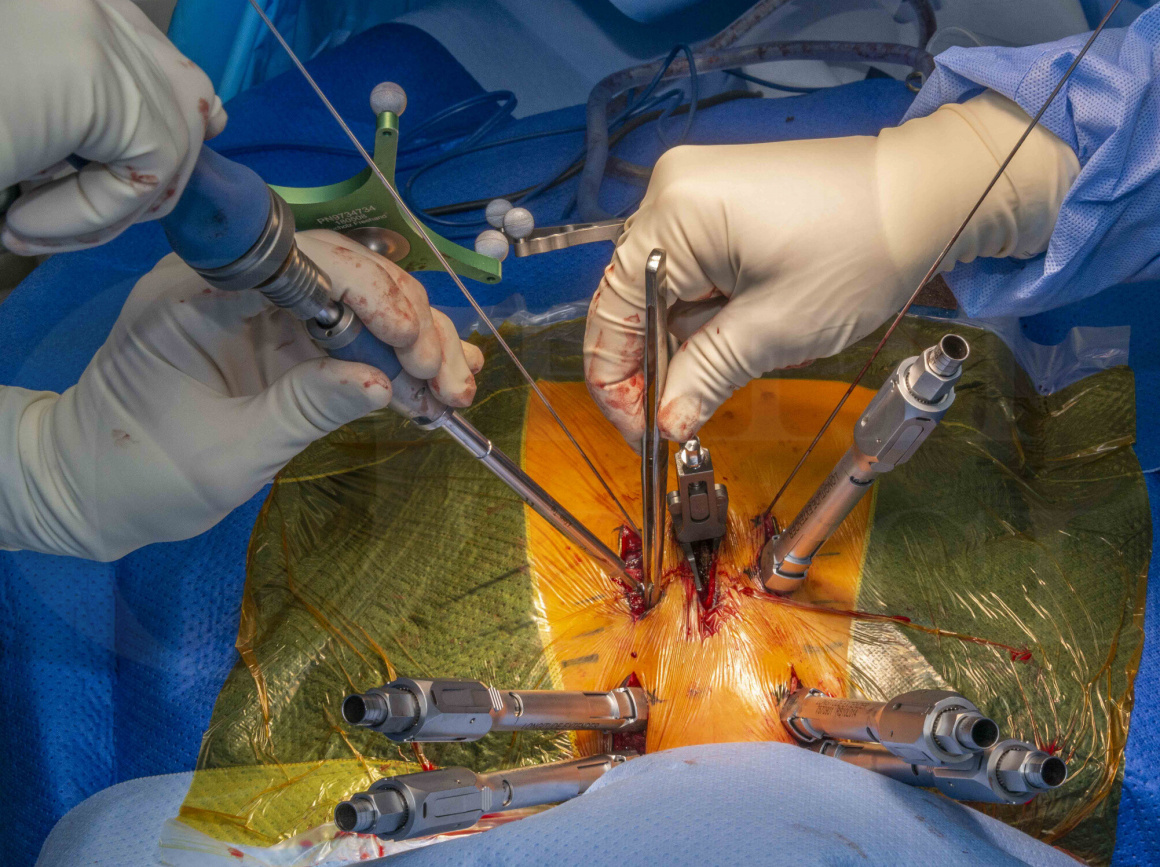 Metastatic spinal cord compression (MSCC) is the compression of the spinal cord or cauda equina by metastatic deposits in the spine, resulting in direct neural compression or pathological fracture with instability.  It is an uncommon condition in the general population with an incidence of up to 80 cases per million.  However, in patients with cancer, it has an incidence of around 5%.  23% of patients with MSCC will develop it as the first presentation of their cancer.  Symptoms and signs may be rapidly progressive and require emergency intervention to prevent long-term paralysis.  It is, therefore, essential to have good knowledge of MSCC and have a low threshold for investigating if symptoms suggest MSCC.

The incidence of bone metastases is most common breast cancer, followed by prostate, thyroid, lung, kidney, then gastrointestinal cancers.  They develop by spread via the venous plexus (of Batson), arterial supply, lymphatics, or direct invasion.  The thoracic and lumbar spine are more frequently involved than the cervical spine and around 50% of patients with spinal metastases may have multiple levels involved.  Metastatic disease is far more common than primary bone tumours affecting the spine but, in the presence of a single neoplastic lesion in the spine and no obvious primary solid organ lesion, primary bone tumour should be considered and managed in discussion with the regional bone tumour unit.

The National Institute for Clinical Excellence (NICE) has published guidance on the management of MSCC.  This includes the use of steroids to reduce oedema around the tumour, advises bed rest to reduce forces through the spinal cord, and timings on when an MRI should be performed.  It confirms that careful discussion between the spinal surgeon and oncologist should be pursued to decide what treatment options would be suitable for the patient, and ensure the patient is given all suitable options to allow them to give informed consent.

As part of the patient assessment, there are scoring systems to calculate general health and function as well as the effect of the tumour on the spinal column and spinal cord.  These include the Spinal Neoplastic Instability Score (SINS), Tokuhashi score, and Tomita score.  These have been found to predict survival and can aid planning on magnitude of surgery.

Options for the treatment of MSCC generally involve radiation therapy, chemotherapy, posterior stabilisation and decompression, anterior decompression / corpectomy, en bloc resection, or palliative care.  The NICE guidelines state that surgery should be considered for MSCC in the presence of instability or where significant back pain has not improved with conservative measures.  The main aim of surgery or active non-operative treatment is to achieve decompression of the spinal cord whilst ensuring stability and this should be commenced as soon as safely possible if the patient has a progressive neurological deficit.

When considering the exact method of surgical intervention, it has been found that performing decompressive surgery without stabilisation can result in a worse functional outcome since most metastases are in the vertebral body or pedicle and decompressing posteriorly can increase the forces through the anterior column, resulting in collapse or fracture.  For this reason, posterior decompression alone should only be performed for metastases located in the lamina or epidural space and if there is no risk of instability.  The most common procedure for MSCC in the thoracic and lumbar spine is, therefore, posterior stabilisation with decompression using pedicle screws.

This case discusses a patient who presented with MSCC with no history of previous cancer.  The Tokuhashi score suggested a mean survival of less than 6 months and the SINS suggested the metastasis was structurally unstable.  The patient decided they wished to proceed with surgical intervention and underwent a posterior stabilisation and decompression.  Pre-operative work-up did not identify a primary cancer but did show that they had low protein / albumin levels and were cachectic.  There is a high chance of wound healing problems following surgery for MSCC due to low protein levels and the fact that radiation therapy will often be performed in the post-operative period.

Rather than performing a wide exposure with muscle elevation, it was decided to perform a percutaneous stabilisation using the Medtronic Longitude implant system and O-arm navigation.  This resulted in less soft tissue damage and potentially lower risk of wound healing problems.  Using this system allows for navigational guidance for screw insertion; this is useful in percutaneous cases since traditional methods require a lot of  fluoroscopy which increases radiation exposure for operating room staff and surgeons.  By navigating, there is no significant radiation exposure to operating staff.