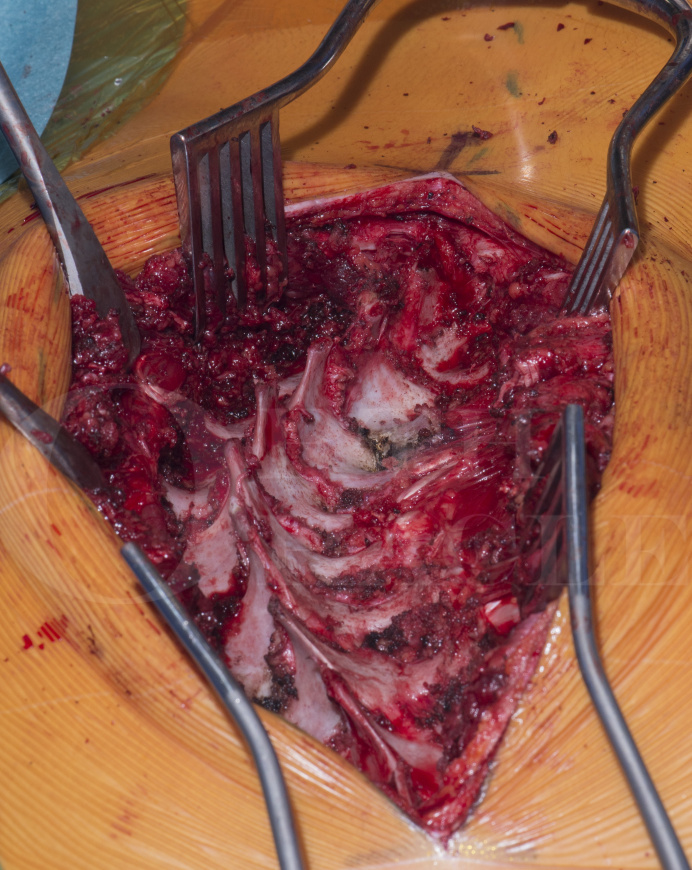 A scoliosis, by definition, is a lateral curvature of the spine of coronal Cobb angle of greater than 10 degrees. The most common form is Adolescent Idiopathic Scoliosis (AIS). Children and adolescents between the ages of 10 and 18 can suffer from scoliosis caused by congenital, syndromic, traumatic, pathological or neurologic conditions. If the aetiology is not found, it is classified as idiopathic scoliosis.

The term “idiopathic”, to some extent, is a misnomer as it suggests the aetiology is unknown whereas it is yet fully understood. Although AIS does not seem to be associated with any particular condition and is generally seen in otherwise healthy adolescents, research to date shows it to be a complex condition in which genetic, mechanical and hormonal factors are implicated in the pathogenesis.

AIS affects 0.5-3% of the population. Presentation is usually between ages 10 to 18 years of age. Female to male ratio 1:1 for small curves; 10:1 for curves greater than 30 degrees. It encompasses a range of severity and is relatively common. In its milder forms, scoliosis may produce isolated trunk asymmetry. Very large curves, greater than 100 degrees, may cause severe disfigurement and, occasionally cardiopulmonary compromise.

The above definition of a scoliosis does however over simplify the spinal deformities associated with the clinical presentation, since the definition (and what patients and parents often get hung-up on) relates to a greater than 10 degree coronal cobb angle. This definition describes the spinal curve only in 2-Dimensions (10 degree lateral curvature). A scoliosis is however a 3-Dimension deformity. In addition to the coronal spine curvature there is segmental vertebral rotation, which creates a “spiral shape” rather than the “S-shape” a PA radiograph depicts. This vertebral rotation in the thoracic spine clinically results in a thoracic rib hump and in the lumbar/thoracolumbar spine a loin hump and waist asymmetry. Patients will usually present after these changes in the shape of their back are noticed, either by themselves or a family member/friend.

A Posterior Anterior (PA) radiograph will confirm the diagnosis. A right thoracic curve is most common. Left sided curves are seen but are not “typical” for AIS. Lenke produced a comprehensive classification based on Posterior-Anterior, lateral and bending radiographs.

The natural history of AIS varies considerably among patients and is dependant on age of onset, onset of menarche, curve pattern, curve magnitude and skeletal maturity.  These factors determine progression.

Not all AIS curves need treatment. Some curves can be judged low risk of progression and/or causing later problems. In such clinical presentations, observation is needed until skeletal maturity. Some curves may be managed with bracing, with the aim to prevent curve progression to a magnitude that may cause later problems (<45-50 degrees). Larger curves at presentation or those expected to progress rapidly to a larger magnitudes (>45-50 degrees) often require surgery.

Operative management of scoliosis has progressed significantly over the past three decades. Posterior approaches have become the gold standard for treating AIS since Harrington’s first report in the 1960s. Recently more powerful and versatile pedicle screw constructs have allowed for improved correction of deformity and resulted in fewer patients requiring anterior release surgery.

Selective thoracic fusion of AIS is advocated for the so-called “false double major” curve (Lenke 1C). In a 1C Lenke curve, on side bending to left, the lumbar curve will bend down to less than or equal to 25 degrees (see later).  The original authors of selective thoracic fusion recommended that surgeons should instrument and fuse only the structural thoracic curve and allow the compensatory lumbar curve to correct spontaneously. In practice, the lumbar curve may not completely correct but by under correction of the thoracic curve the patient will be left with a balanced spine.

Advocates would suggest if a patient was to have presented with such resulting curves, surgery would not be suggested. Selective thoracic fusion avoids unnecessary extension of the fusion into the lumbar spine and maintains more motion segments and potentially avoids symptomatic distal degeneration in the long term.

There are several instrumentation systems, specifically designed for spinal deformity correction surgery, available. Each as it’s own advantages and disadvantages. In this technique I have used DePuy Verse 5.5mm.

The EXPEDIUM VERSE Pedicle Screw combines three technologies into one implant.  It is DePuy Synthes next generation screw system (earlier ones being EXPEDIUM 5.5 and EXPEDIUM Favored Angle Screw Systems). The EXPEDIUM VERSE implant provides the features of polyaxial, monoaxial, and side loading screw technologies within a single screw type.

Other techniques for scoliosis correction that may be of interest to the reader can be found on OrthOracle at: